C-MS is a character from the Tactical SRPG ES game Girls' Frontline developed by MicaTeam and published by Digital Sky and its derivatives. She joined the struggle on March 22, 2018.

The CBJ-MS Personal Defense Weapon is designed by Swedish small arms designer Dertil Johannson, and is first introduced in August, 2000. Johannson previously worked in the US, and designed a sub-machine gun named the "Viking" in 1983, which has a T-shaped layout similar to the Uzi, with a magazine housed in the vertical grip, and uses a telescopic stock, which contributes to its compact design and small size. However, the Viking was a commercial failure in the US. Johannson then returned to Sweden, and negotiated with Carl Gustaf for its support, forming a small arms business called CBJ Tech AB for further improving and marketing his design. The C in CBJ stands for Carl Gustaf, while the BJ is the abbreviation of Bertil Johannson. Carl Gustaf pulled out from the venture a few years later, and CBJ separated from Carl Gustaf as a privately-owned business.

Johannson finally introduced a new weapon system after years of changes and improvements, naming it the CBJ-MS (CBJ Modular System).

Saab Bofors expressed interest in the CBJ-MS project and was willing to provide sponsorship on the condition that it would be the one who markets the weapon. Therefore, in some sources, the weapon is also called the Saab-Bofors CBJ-MS PDW. The British military was interested in this system, but the CBJ-MS was a failure in Britain as Saab Bofors dropped out from the venture. CBJ is still continuing the development of the weapon system (including the weapon itself and its ammunition).

The purpose of the CBJ-MS PDW project is to defeat armored soldiers or even lightly armored targets. To accomplish this goal, the round need to have a high impact velocity without severe deformation or fragmentation, in addition to cross-sectional kinetic energy. Therefore, the core of the CBJ-MS weapon system is not the weapon but rather its specially-designed ammunition, the 6.5×25mm CBJ, a sub-caliber discarding-sabot high-velocity cartridge.

The casing for the 6.5×25 CBJ ammunition is a necked-down version of that of the 9×19mm Parabellum, and is normally fitted with an armor-piercing tungsten-alloy round with a diameter of 4mm 4 gr (~2 g) heavy. The sabot was made with a lightweight polymer material that helps seal the barrel as the round travels through, in addition to easing barrel wear. Though with a similar capacity to that of the 9×19mm round, the 6.5×25 CBJ round can reach a muzzle velocity of 830 m/s when fired through a 200-millimeter SMG barrel. The elongated bullet has relatively low drag after the sabots are discarded, which helps maintain high velocities, which, coupled with the high density and hardness of tungsten allow, provides high penetrating capabilities. The round is capable of penetrating standard CRISAT plates (a reference target based on the protection levels of former-Warsaw Pact infantry, made up of a level V titanium-alloy plate 1.6mm thick and 20 layers of Kevlar) at 230 meters, or 7mm of steel at 50 meters. A speed of 780 m/s is reached when fired from a 125mm pistol barrel.

For wounding unarmored targets, there is also the 6.25×25mm CBJ ST round, in which ST means "Spoon Tip". As the name indicates, the shape of the bullet is spoon-shaped to maximize tumbling inside the human body to create larger permanent cavities.

Aside from the aformentioned rounds, CBJ also developed (or planned to develop) six other types of rounds including:

The 6.5x25 CBJ HET, which stands for "High Energy Transfer", a low-penetration round designed for law enforcement uses. Actually a full-caliber hollow-point round, and is claimed to have little damage to the airframe if used on aircraft.

The 6.5x25 CBJ subsonic AP round, a full-caliber AP round capable to improve suppression effects if paired with a silencer.

The 6.5x25 CBJ TRP, which stands for "Training Reduced Penetration" designed specifically for firing exercises. It has very low penetration capabilities, and relatively safe and inflicts little damage to training equipment. With the same ballistic performance as the standard CBJ round, it is designed for lowering training costs.

The 6.5x25 CBJ Fragmentation round used for close-range firing ranges. It has a short range and shatters upon hitting hard surfaces, therefore lowering the chance of ricocheting.

The 6.5x25 CBJ Training round, a dummy round that cannot be fired.

The 6.5×25mm CBJ round can also be used on 9×19mm Parabellum-chambering weapons by simply changing the barrel and return spring thanks to the casing of the CBJ bring a necked-down version of the 9×19mm casing and its length of 29.7mm, close to a standard 9×19mm cartridge, but with a lighter overall weight of 7.5 grams due to its lighter bullet (at 2 grams). CBJ manufactures brass casings and aluminium casings.

The CBJ-MS PDW is based on the Israeli Uzi. Though the "Viking" took inspiration from the design of Uzi, the CBJ-MS PDW closer resembles the Uzi, with its rectangular receiver, long slots to accomodate dust, compared to the cylindrical receiver of the "Viking".

The weapon uses simple blowback with a fixed firing pin, and fires from an open bolt. However, if specified, a closed-bolt system is also available with an independent firing pin, and can be installed in the stead of the open-bolt system to convert the weapon into a closed-bolt system. The bolt shrouds most of the barrel when the bolt is closed. But due to the need for a length of Picatinny rail on the top of the receiver to accomodate optics, the charging handle is moved to the rear of the receiver in the shape of a plug, which charges the weapon when moved backward, and springs back into position if let go, and doesn't move with the bolt when firing.

The CBJ-MS uses a rifled barrel with the same detach/attaching method as that of the Uzi of unscrewing the fixation screw to the front of the receiver, which facilitates maintenance and barrel-switch. A threaded barrel is available if suppressors are needed.

In fact, every CBJ-MS can fire 6.5×25mm CBJ or 9×19mm Parabellum rounds, with the caliber-switch achieved by simply changing the barrel. The bolt and magazine are compatible with both. However, the 9mm CBJ-MS is 30mm shorter than the 6.5mm version.

The CBJ-MS has no selector, but uses a semi-/full-auto trigger that fires in semi-auto if pulled half of its total travel length, and full-auto is activated if the trigger is held back. The manual safety button is in the upper part of the grip.

The weapon feeds from a double-column magazine, inspired by that of the Carl Gustaf m/45, albeit with different capacities. The magazine is placed directly in the grip, while the angled foregrip can house an additional magazine. Standard magazines can house 20 or 30 rounds, and CBJ developed a specialized 100-round drum magazine for use. The speedloader from the m/45 can also be used on the CBJ-MS.

The CBJ-MS is equipped with adjustable mechanical sights, including a front post and rear diopter. The Picatinny rail mounted on the top of the receiver can accept various sights. The stock is made from steel wires and a detachable bipod can be accepted.

The CBJ-MS has a rate of fire of 700 RPM, making it easy to control in full auto as the recoil from a 6.5x25mm CBJ round is lower than that of a 9x19mm, therefore yielding closer spreads, which, coupled with the round's high velocity and flat trajectory, provides high accuracy. 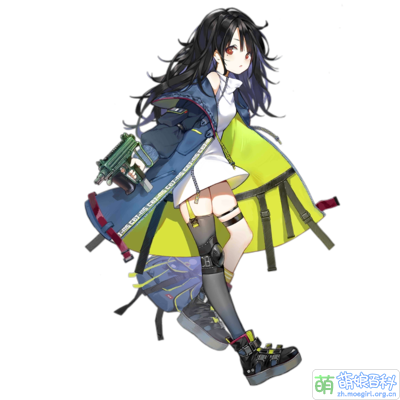 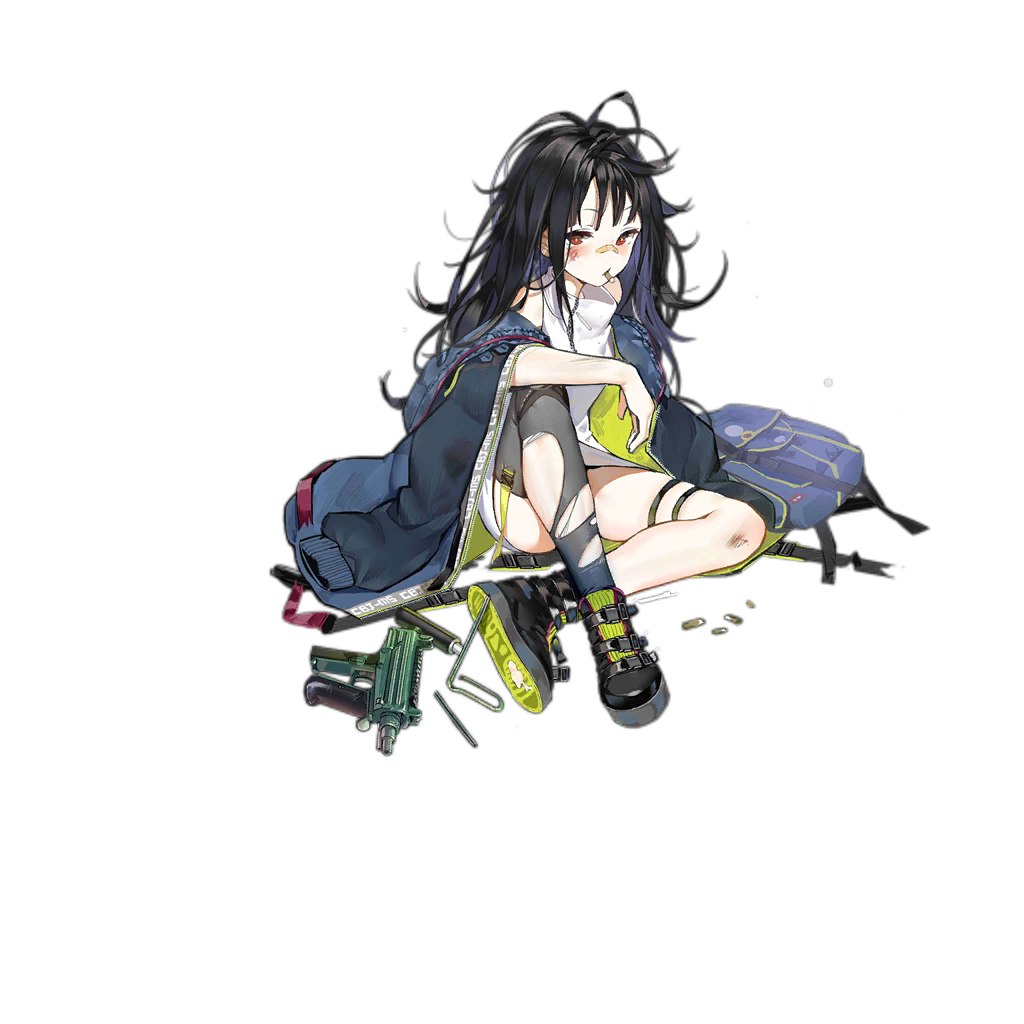