K5 is a character from the Tactical SRPG ES game Girls' Frontline developed by MicaTeam and published by Digital Sky and its derivatives. She joined the struggle on March 22, 2018.

The Daewoo K5 is a semi-automatic pistol developed and manufactured by Daewoo Group of South Korea. It entered service in 1989 and remained as the standard-issue pistol of the South Korean Armed Forces.

The K5 uses a conventional short-recoil mechanism with a Browning-type locking mechanism, and is chambered in the 9x19mm Parabellum cartridge. It feeds from a double-stack magazine housing 13 or 15 rounds. The receiver of the K5 is made from 7075 aviation alumunum, and the slide is made from steel. The safety lever can be operated by either hand, but the slide-catch is positioned only on the left side of the weapon.

The K5 uses a rare tripe-action hammer. When the weapon is uncocked, the hammer would spring to the cocked position if the trigger is pulled, which provides double-action capability without the need for extra trigger pull, making the weapon both safe and reliable for accurate shots (as the long journey of the trigger makes misfiring hard to occur, and the light trigger pull reduces the hand-shaking of users new to the weapon). The K5 can also fire in the traditional single/double-action way if needed. 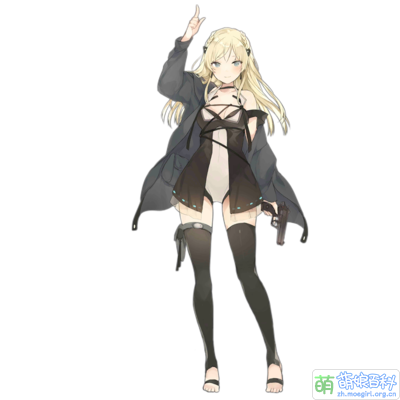 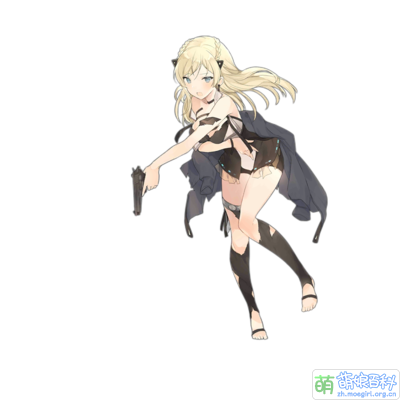 “
Contrary to her calm and gentle look, she's a warm-hearted and dire T-doll. By the way, she's also a fan of fortunetelling, and seems to be accurate when it comes to that, making her somewhat popular among T-dolls. (与冷静温和的外表相反，她是个热心肠而且急切的战术少女。顺带一提，她还非常热衷于占卜，似乎挺灵验的，因此被很多战术人形拜托过。)
”
— T-doll-pedia: 4-star HG "K5"(战术人形百科：四星手枪"K5")[1] 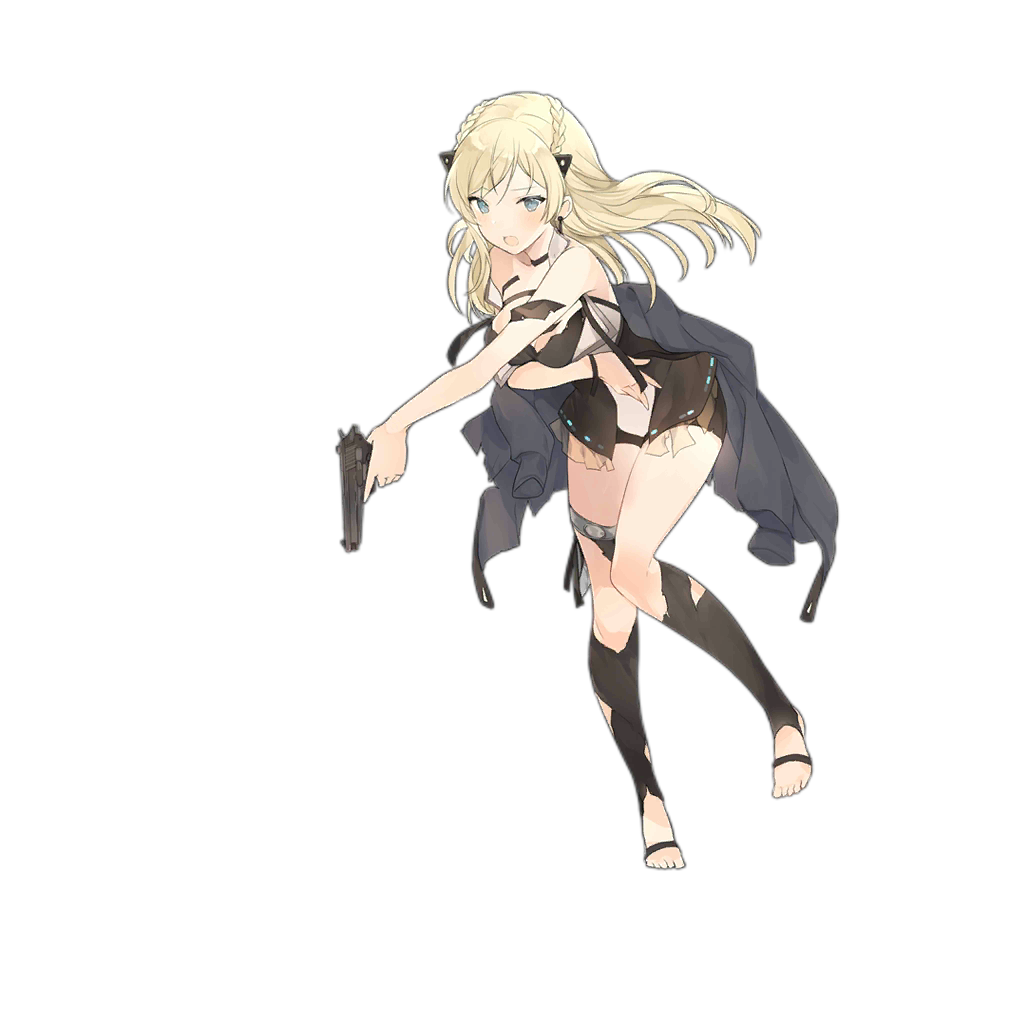