MDR is a character from the Tactical SRPG ES game Girls' Frontline developed by MicaTeam and published by Digital Sky and its derivatives. She joined the struggle on March 22, 2018.

The former Desert Tactical Arms, now Desert Tech, presented a bullpup rifle named the MDR at the start of 2014. The name MDR stood for Micro Dynamic Rifle, with the biggest highlight of the utilization of a novel forward case-ejection technology to support ambidextrous operation. The long-barreled variant was named the MDR while the short-barreled variant was named the MDR-C. The rifle was soon introduced to the public at the SHOT Show in 2014. According to visitors who attended the show, the MDR felt like a Magpul Masada in a bullpup layout.

The forward-ejection technology of MDR includes an ejection port located to the right of the chamber, with what appears to be a dust lid being the guide tube through which the empty casings are ejected. When a casing is extracted from the chamber it is sent to this tube, being pushed to the front-right, eventually leaving the rifle at a front-right position relative to a traditional ejection port. Due to that the casing would not travel a long distance as in the FN F2000 or the Kel-Tec RFB, and that the dust lid can be opened, manual extraction of faulty cases can be easily accomplished. Direct extraction by simply opening the extraction port lid is also possible. This extraction technology already has a patent pending.

In addition, a number of design features are also present on the MDR to facilitate ambidextrous operation, such as the charging handle which could be placed on either the left or the right side arbitrarily, the bolt-release button at the end of the magazine well, and the magazine releases on both sides of the receiver, which can be easily operated by the index finger, a relatively convenient design for users who are acquianted with AR-type rifles. This design takes inspiration from that of the IWI Tavor X95, and the MDR could be said to be based on a bullpup Magpul Masada with the design elements of a Tavor X95, while having its own extraction mechanism.

Similar to the SRS and HTI rifles of the company, MDR supports swift caliber-change, with 5.56mm NATO, 7.62mm NATO, .300 BLK, 6.8mm SPC and 7.62x39mm currently available. Desert Tech also claimed to be applying for a patent for keeping the MDR's sights zeroed even after the barrel is changed. However, this feat was never demonstrated, making it uncertain that whether or not it is similar to the quick-detach barrel design of the Magpul Masada. 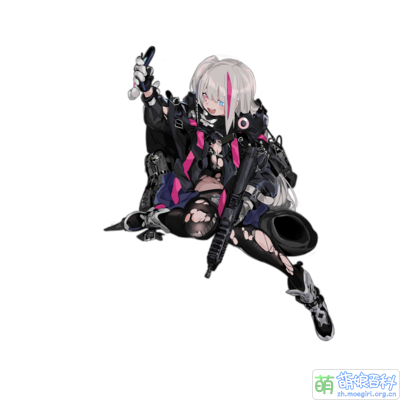 Almost immediately after the illustrations were released, some commanders started to poke upon MDR's perculiarity and created a number of dojin works.

And since she bore the "Long-stationed Keyboard Warrior with Alias on Grifon Commentator Anonymous", coupled with the existence of various Keyboard Warriors on numerous forums and social sites,

MDR was given the Keyboard Girl nickname as a result. 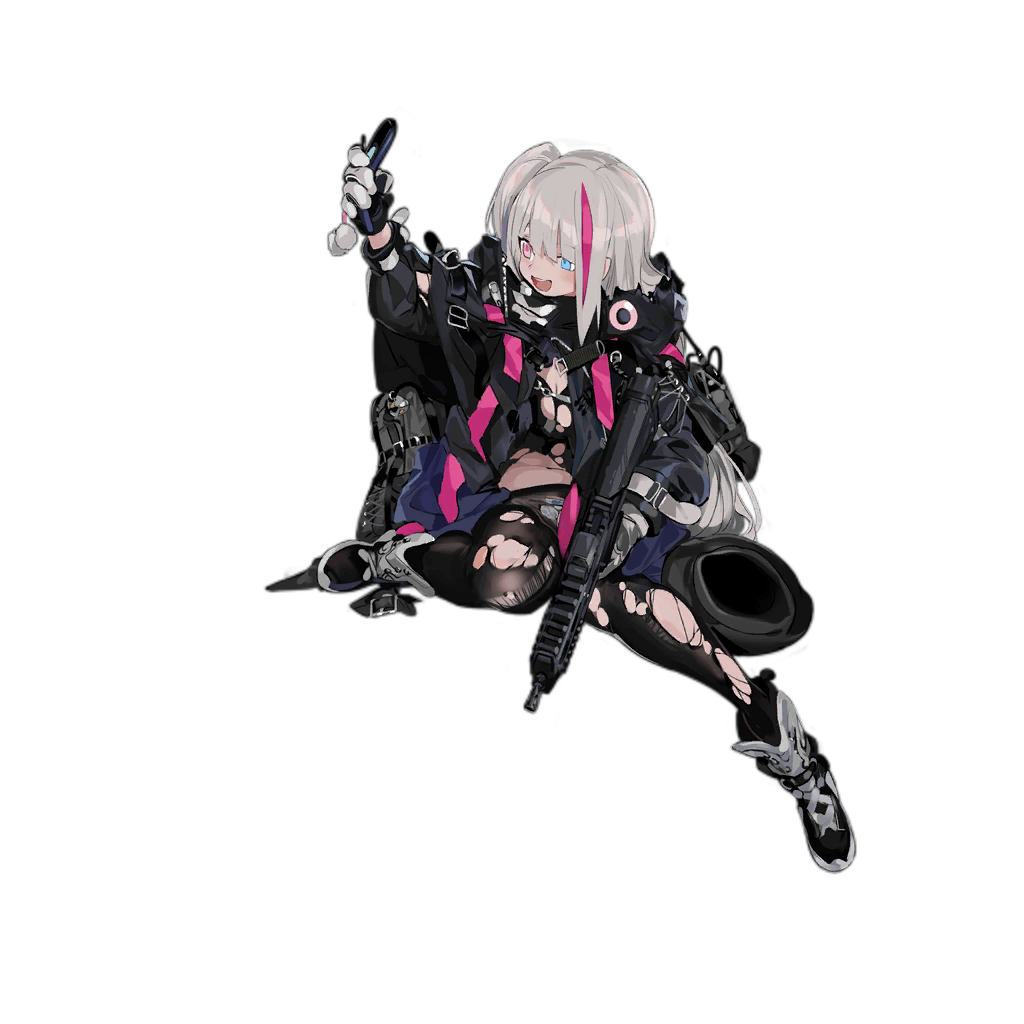