Mauser C96 is a character from the Tactical SRPG ES game Girls' Frontline and its derivatives developed by MicaTeam and published by Digital Sky.

The Mauser C96 was patented by Mauser on 11 December, 1895, with production starting the next year until ceasing in 1939, with a total number of about 1 million, along with several million replicas made by other countries. It was originally developed by the Feederle brothers in their spare time, but was patented by the owner of Mauser later. The original Mauser C96 fires 7.63x25mm Mauser rounds. Mauser had constantly hoped that the German military could accept the Mauser C96 into service, with a batch of 150,000 9mm-caliber C96s. nicknamed "Red 9" ordered during WWI. Mauser delivered 137,000 C96s to the German army, the only record of the German army officially using this weapon.

The C96 was also replicated in Spain, named Astra Model 900.

Spain weapon manufacturers Astra and Beistegui Hermanos attempted to improve their copies of C96s, with the improved model capable of full-auto firing, with a stationary 10- or 20-round feed system, which was sold in large quantities to the Far East.

Mauser then started to produce their own full-auto model of the C96 in 1932, naming it , which was used in small numbers by the German military, designating it as the M712. The M712 Schnellfeuer uses a 20-round detachable magazine, and can be fitted with a stock. It is capable of forming heavy firepower at a distance of 50 to 80 meters, thereby calling it as a machine pistol or battle pistol, the first model in the world to go into mass production. This version of C96 is also called or in China, where a large number is present.

NOTE: Even when not counting the different barrel lengths, the number of variants (sisters) of this weapon still resides in the double-digits, which prompts us to only list the specifications of the commonly seen ones.

The C96 was criticized in Germany as well as in Europe, as it had a frame too large and too expensive for a pistol, with insufficient firepower and controllability for use as a submachinegun. It was nicknamed "Broomhandle" in the western world, but was well-used on the other side of Eurasia. It was said that the European got surprised by the way the Chinese uses the C96, calling it "the true way of using the Mauser". Though not as effective as other pistols then, its look made it the service pistol of Chinese officers.

The German Army purchased 15,000 9x19mm C96s from Mauser, with an unofficial name of M1916. But only 137,000 were made before the war ended. It was intended to pair with the original service pistol, the Luger P08. To avoid using 7.63mm rounds, this variant of C96 had a red number 9 engraved on its wooden grip, earning it the nickname "Red 9".

China was in a civil war during the early years of the 20th century, with a high demand on weaponry. The then-western-power-controlled trade almost entirely banned firearms, but pistols, for personal defense purposes was not affected. In light of this, the full-auto-capable C96 capable of being used as submachineguns caught Chinese attention, and started to flow into China via two pathways: One is by selling to Japanese weapon companies by European companies, and then selling it to China, which was no longer used after the Sino-Japanese war broke out; While the other is to have the weapon directly sold to China via the traders in Shanghai. And then it's by capturing. (With no guns or cannons, the enemy makes them for us~) A last way was the lunatic replication by Chinese factories. 11 armories, namely Hanyang, Qingdao, Taiyuan, Shenyang, Dagu, Changsha, etc. started their own replication process, with countless smaller armories owned by local warlords doing the same, producing a vast number of Mauser pistols. It became the first candidate for the service pistols of officers, with the Chinese Red Army and the Eighth Route Army choosing it as well. The first shot fired as a signal for the Nanchang uprising was from a C96 by Commander Zhu De. It is also used in large quantities during the Sino-Japanese War.

Years later, in 1980, the Chinese took inspiration from the function of the Mauser C96 as well as its outline, and produced their first indigenous full-auto pistol, the Type 80 which doesn't really have too much use in the 1980s, and is just simply a legacy project.

The Versailles pact signed by Germany in 1919 restricted the caliber and the barrel length of pistols. To comply with this, the post-war German government cut all Red 9's barrel to only 4 inches, and renamed them M1920. Mauser then commercially sold "pact-compliant" C96s, with a smaller grip than that of the Red 9, a 3.9-inch (99mm) barrel, modified for using 7.63x25mm rounds. An experimental model firing 8.15x25.2mm rounds was developed to replace the 9x19 and 9x25mm versions, but it was not introduced.

During the Chinese civil war, Yan Xishan, Governor of Shanxi province, built an armory in Taiyuan, to manufacture .45 ACP-firing Thompson submachineguns for his troops. However, the 7.63mm caliber of their C96s made logistics difficult, prompting him to produce a .45 ACP version of the C96, to simplify logistics. This model was named "Type 17" in 1929 at the Taiyuan armory, with "" and "" markings. It is equipped with a 10-round detachable magazine, fed by two 5-round stripped clips, with a total of 8500 produced. The Dagu Ship Factory started replicating the C96 after 1918, with its high quality prompting large-scale procurements by various warlords. The Hanyang armory started replicating in 1923 and its model fires 7.63x25mm Mauser rounds. The first machine pistol made after 1949 took its design from the M712 Schnellfeuer, with improvements and a grip found on the Type 64 pistol, and fires 7.62x25mm Tokarev rounds. It is capable of semi- or full-auto firing, with 10- or 20-round magazines available. The detachable stock has two variants, and comes with a bayonet available. 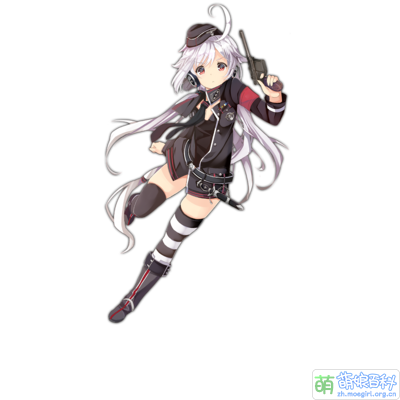 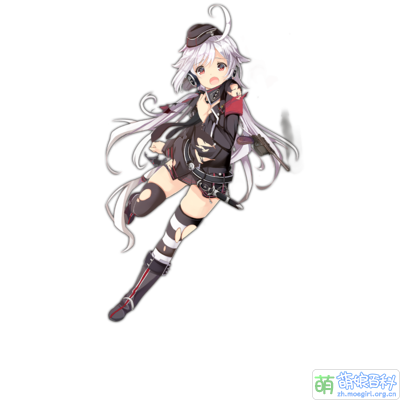 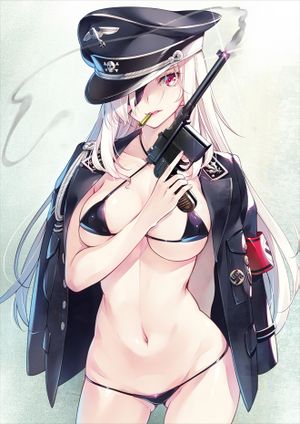 As the most-produced 3-star HG and with high drop rates found on numerous leveling maps, she has become a well-known core supplier in-universe.But she was proven very capable during Operation Cube. But went off the grid after that, and kept on working in cafes.

As one of the few , and being an enthusiastic cute girl herself, she attracted a large number of . Of course, her strong Chinese ties might have played a role.

She has a very weird production rate, with a number of stuck here, unable to get her, while some painfully-living African commanders constantly receive her in batches.......