Nagant Revolver is a character from the Tactical SRPG ES game Girls' Frontline and its derivatives developed by MicaTeam and published by Digital Sky.

The Nagant revolver (Nagant M1895) was a revolver developed for Russia under Tsardom by Belgian Léon Nagant. It was originally produced in Belgium before production sites moved to Russia, and was issued to the Red Army in the Soviet era, and took part in the Great Patriotic War. It is still used by some regional police forces and private security forces.

The revolver uses a special design to effectively accept a silencer, which is uncommon for revolvers. Its cylinder can also move back and forth, which is reported to have been designed so as to prevent jamming, reduce noise and raise its muzzle velocity.

It has a capacity of 7 rounds, with a design capable of, though not so perfectly, accept cartridges of other models, such as the .32 S&W, .32 S&W Long, and the .32 S&W H&R, which would inevitably affect its hermetic performance.

The Nagant Revolver remained in service for a long time due to its sturdy design and high reliability, and appeared in many European and Eastern-bloc nations and regions. Short-barreled Nagant revolvers are equipped by secret police personnel of the USSR for its high concealability. Due to how it was mass-produced and equipped during WWII, and its profile, it was widely welcomed by Russians. A Nagant revolver with a red star even once became the highest honor a Soviet Communist Party member could receive. It was also featured in the movie Enemy at the Gates for its importance to the USSR in WWII. 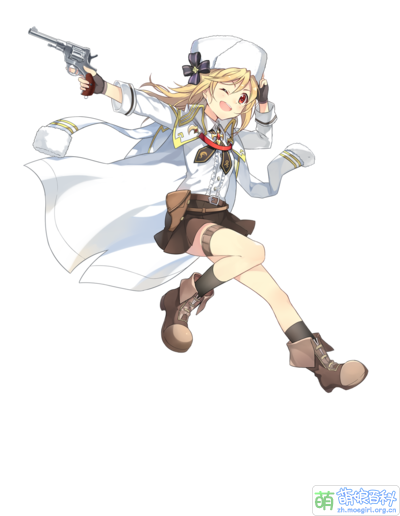 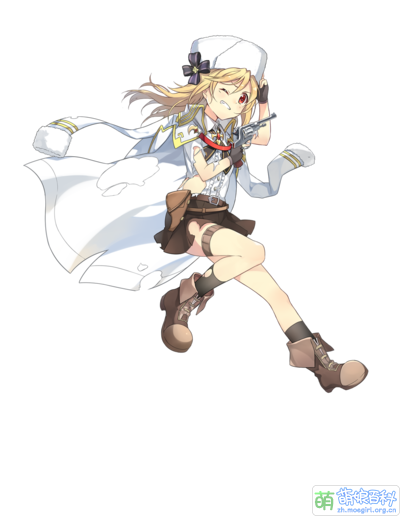 Is height a problem?

Different from MP5-chan who's also a loli, Nagant Revolver never cared about her height, and is skeptical towards the saying that "Drinking milk helps growth".

Nagant Revolver drops virtually everywhere in the game, with frequent cameos in HG-centered T-doll productions. However, with almost unequaled abysmal stats, she is almost inevitably fated with being sent to the powerup room. She's also described by a certain companion in a certain level as "A cheap T-doll that's old, outdated and everywhere.

Nagant Revolver is apparently an antique T-doll with an old age, with a particular interest in collecting and scavenging. Her post-oath link establishment line mentions "Look what I've found!". Which is also how she collected important intel in a certain Midnight episode.