SRS is a character from the Tactical SRPG ES game Girls' Frontline, developed by MicaTeam and published by Digital Sky, as well as its derivatives. She joined the struggle on March 10, 2018.

The Desert Tech Stealth Recon Scout (SRS) is a bolt-action sniper rifle developed by Utah-based weapons manufacturer Desert Tech. First unveiled to the public at the SHOT Show in 2008, it is renowned for its bullpup design.

A shorter variant of the SRS. named the SRS Covert, uses the same overall design as the SRS, but with a shorter barrel and handguard.

It is worth noting that the SRS uses a bullpup design unconventional among sniper rifles, with the purpose of reducing overall length. It is claimed that the SRS is 11 inches (280 mm) shorter than an average sniper rifle. The magazine and bolt are placed behind the grip, making its operation somewhat different from conventional sniper rifles. The design of the SRS is similar to the earlier German DSR-1, with the bullpup design shifting the center of gravity to the rear. The manufacturer claims that this design creates a balancing point at the center of the rifle. The sling points are parallel to the weapon's centerline, to ensure that the weapon stays level when carried. The SRS also features an adjustable cheekrest and a heightened, curved shoulder pad to help stabilize the rifle when shoulder-fired. The weapon weighs 10.5 lbs (4.673 kg) at its lightest, and is easily compatible with large optical sights or bipods.

The SRS is originally designed around the .338 Lapua Magnum cartridge, but other variants chambered in different cartridges are also developed later, such as the .260 Remington, 6.5mm Creedmoor, 6.5x47mm Lapua, 7mm WSM, .308 Winchester and the .300 Winchester magnum. Caliber-switching can be accomplished swiftly. The SRS uses a 5-round detachable magazine, and uses a match-grade, 22- to 26-inch long free-floating fluted barrel. The barrel comes with a muzzle brake, but it can be screwed off for the barrel to accept a silencer. The accuracy is claimed to be 0.5 MOA (0.15 mrad), and the weapon uses a 1-6-pound force (4-27 N) match-grade trigger.

The weapon is made from polymer material, aluminum and steel, available in Olive Drab, Sand or Black color.The handguard and the receiver are equipped with Picatinny rails to accept accessories such as telescopic sights or bipods. The safety can be operated when holding the rifle, and the magazine can be released with a single hand.

The aforementioned SRS Covert is claimed by the manufacturer to provide a more compact and mobile weapon for close-quarters combat to its users (especially the military and law-enforcement agencies). It uses a 16-inch or 18-inch barrel, and is chambered in some of the aforementioned cartridges. 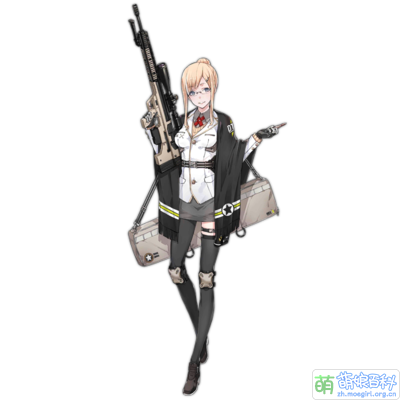