From Moegirlpedia
Jump to: navigation, search
“
Eyes... lungs... pancreas... so many snacks, so little time!
”
— Venom in the movie Venom

Venom/Eddie Brock is a character in the comic books published by the American company Marvel Comics. The character was created by David Michelinie, Mike Zeck and Todd McFarlane.

The Venom symbiote was created from the "living shadows" of the god Knull. He can attach itself to any living creature, and have shared consciousness. Knull had lead an army of symbiotes which conquered and destroyed many planets, and then sent Grendel, one of his symbiote dragons, to attack Earth, until Thor intervened and cut off his hive mind.

The symbiotes later merged and formed a planet-like prison called Klyntar, in which they trapped Knull inside after rebelling against him.

Anyone who approaches Klyntar will also be attacked, one example is the Silver Surfer.

This race of alien symbiote creatures is named "Klyntar", after the planet they had created.

Because they are living shadows, symbiotes are still known as the most difficult creatures to study, despite the fact that there are still countermeasures against them in the universe.

These "living shadows" have a shared consciousness called a "hive mind", although they can be cut off from this consciousness at any time, but after linking to the hive mind, they can share any information and knowledge within it.

They are four-dimensional alien creatures with no gender, and theoretically live forever. To to this, they need to be linked to a living creature in that space and time, after attaching to that hhost, the symbiotes leave a residual sample of the host's spine or some other parts of the body in order to transmit DNA messages to their hive mind.

When they bond with the host, symbiotes actively record the host's genes and genetic material in their own genetic code and do whatever they can based on what the host wants. When the host and the symbiote are united, the symbiote will grant the host incredible power, but because of being tortured by the heat and the sound caused by Knull when forging the Necrosword, symbiotes live with a permanent fear of sound and heat.

And because it is a living shadow, the symbiote is also subject to light-related energy damage, most typically lightning.

In order to survive, symbiotes will make their hosts dependent on them by asking them to survive, but some symbiotes (including Venom) can survive without their hosts after acquiring the knowledge stored in the hive mind.

Also known as the villain Scorpion.

The son of Eddie Brock. 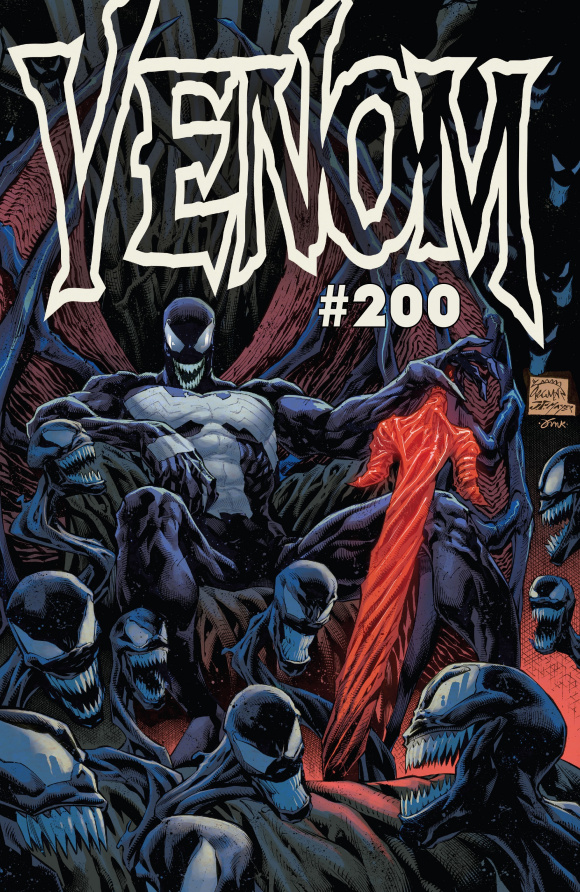