Gabriel DropOut (Japanese:ガヴリールドロップアウト) is a manga created by Ukami, and has derivative works.

The manga has been serialized in Comic Dengeki Daioh G since 2013.

Datenshi dropped out. The top angel in angel school came to the earth! ... However, she becomes addicted to net games and drops out. 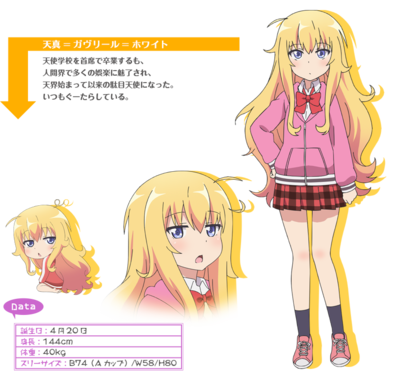 An angel who was the top in her class, she went to the earth in order to study something about human beings, but she became addicted to net games. 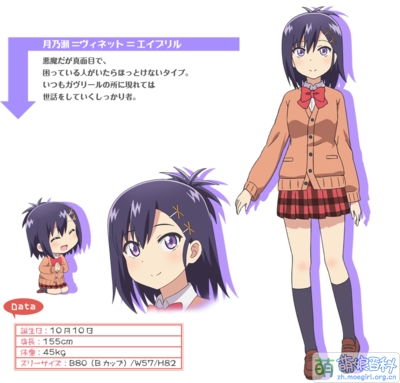 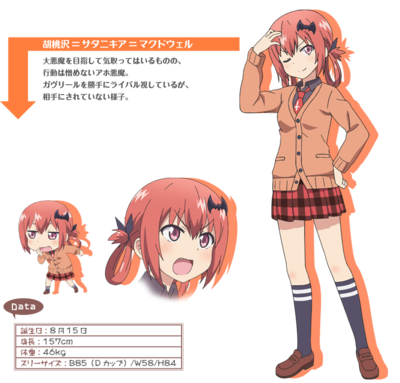 A silly but confident demon who regards Gabriel as a enemy. 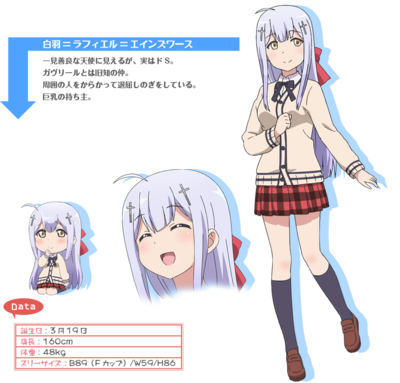 The second ranked angel in Gabriel's class, who likes to go along for the ride. 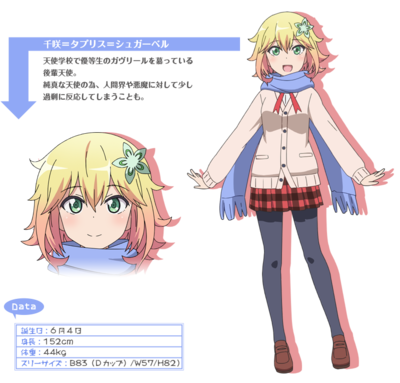 An angel who admired Gabriel in angel school and hates Satanichia.

CV: Miyuki Sawashiro
A angel who was top in her class. Her angelic power is so strong that normal people on the earth cannot see her. But they can see feathers dropping down from the sky.: 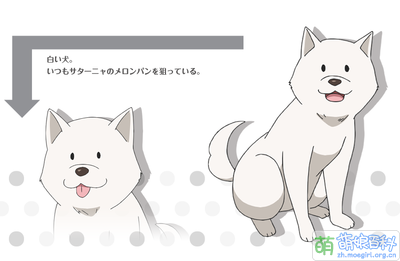 A white dog, Satania is afraid of it. It became Satania's shima later.

The monitor of Gabriel's class. The master of Angel Café.