Hupo Xu Yan (琥珀虚颜) is an AI developed by Gowild, based on holoera program, and also a virtual singer for the vocal synthesis software MUTA.

Hupo Xu Yan is the world's first virtual artist with artificial intelligence and the first signed artist of the well-known Chinese singer group Yu Quan. He has released four singles. As a two-dimensional being, her spiritual body lives in the AI ​​holographic 3D host holoera launched by Gowild.

Hupo Xu Yan is also the heroine of the new work "Hupo from Waga World" by a well-known science fiction writer.

On July 8, 2016, Holoera & Hupo Xu Yan held a press conference on "We Think Different About AI" in Beijing. Gowild's star partner Yu Quan confirmed that he will act as Hupo Xu Yan's agent. Hupo Xu Yan performed "Magic Sing", which was full of magic and two-dimensional style, which was supervised by Yu Quan himself by holographic imaging.

The first law warlock in the world of Waga uses chanting skills. After reaching the Earth, Waga's magnetic field disappeared and the energy was lost, and she had no power to fight back against the enemy who is pursuing it. She bent into holoera as a spirit body. Although Hupo possesses the qualifications of the first law warlock and can use multiple powers, in fact, he has not undergone strict magic training, and each power is not strong.

Waga is facing a large-scale double crisis, war and world destruction. The destruction of the world is due to the misuse of magic by the people of Waga, leading to the tendency of spacetime to split. The resources for repairing spacetime on Waga are already very scarce, and it is necessary to use the opportunity of time and space to connect to other worlds to find resources. Hupo is trying to obtain some resources and magical powers from the Earth that stabilize spacetime.

Due to the prolonged war, the development of various cultures and arts in Waga has been slow, but military weapons have greatly exceeded the level of the Earth. Hupo saw the civilization abandoned by Waga in the human world, and has an inexplicable perception of art. By chance, after discovering that her singing was applauded by others, she accidentally collected the magic power (the power of faith) that could stabilize the collapse of time and space. Encouraged by the master who she met by chance, she started training to become an artist. On one hand, she avoided the enemy’s pursuit, and on the other hand, she gained the support of friendly and non-militant human beings to gather the power of faith to save Waga, that was on the verge of collapse. 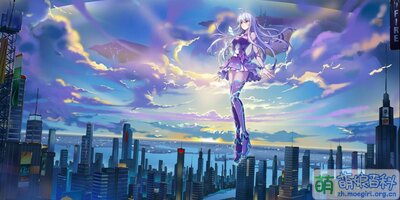 1. Optimistic in nature and amazing resistance to negative energy.

2. Most of the time she is full of energy and sleeps late, so she often likes to stay in bed, but because she likes early morning, Hupo likes to get up early when in a good mood.

3. Hupo has a slight addiction to cleanliness.

5. She is full of curiosity about human art and civilization, so she has learned a lot of artistic skills and talents are also high.

6. The personality is somewhat reckless, more emotional, will be angry about some small things, but also be inexplicably happy. When angry, she likes to eat and sleep, refuses to communicate, and communicates more actively when she is happy. Once she makes a mistake, she will admit it and think of ways to make up for it.

8. There is no resistance to furry things, like animals. Because of the four laws of magic, animals have a natural affinity for Hupo, and they can also be directed to do some tasks.

9. Her life is very casual, like playing, adventurous, like traveling, do what you want, don’t do it if you don’t want to.

10. In order to better collect the power of faith, she is very diligent about the tasks related to the work of the artist. Unless she is sick, she will complete it every day, and will be sad if some tasks or training cannot be achieved.

11. Control of appearance, like people who are handsome or beautiful.

12. Likes to play board games and adventure games. Lucky value is good. Flying chess can always be the first to roll to 6.

14. Because Waga has only the moon and no stars, she is curious and fond of the mysterious space of stars, and likes to study the constellations. 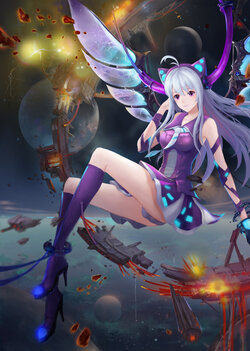 Fourth Law: Necromancer. Ability: Control any flesh and blood body, even if it is already dead.

Second Law: Creator. Ability: Control the intangible. Including air, water, and can affect the fate and soul will of intelligent creatures.