Joybo is the mascot of the Chinese alcohol brand JOYBO and the main character of the anime I'm Joybo. 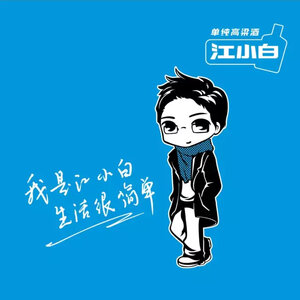 Jiang Xiaobai, 15 years old, loves literature and music. In his first year of high school, the appearance of two girls affected his life, one is Xiyu and the other is Xiao Li.

Jiang Xiaobai, 25, graduated from the Chinese Department of Southwest University. After graduation, he worked as a copywriter in an advertising company. Later, he moved to a magazine and became a new editor. He has never been in love, has a tepid personality, and is simple and practical, serious and responsible at work. Because he was hit hard when he was a child, he lost all the memories of Xi Yu and Xiao Li.

A story that happened to Jiang Xiaobai: a disappearing memory, a glass ball that he carried with him, emails from ten years ago, a girl who appeared in an illusion, a girl who he met in reality, fragments of memory weaving together... Regarding the accident ten years ago, the destined fate between a boy and two girls, when they met again ten years later, the truths beneath regret and guilt were revealed one after another...