Grimoire of Zero (Japanese:ゼロから始める魔法の書) is a light novel written by Kakeru Kobashiri, and has derivative works.

The light novel is written by Kakeru Kobashiri and illustrated by Yoshinori Shizuma.

There are witches and majutsu in the world, but the mahō is not widely known.

The comic is drawn by Takashi Iwasaki, and it has been serialized in Monthly Comic Dengeki Daioh since July 2014.

The anime is made by WHITE FOX. 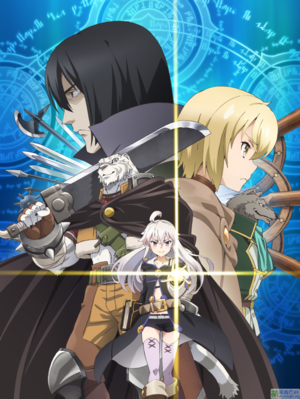 The magic command battle game Grimoire of Zero (Japanese: ゼロから始める魔法の書) on iOS/Android is developed by NOW PRODUCTION and operated by GREE, it was released on May 23, 2017. The game requires over iOS 8.0 or over Android 4.3.