SofyRuby is a South Korean animated series created by Sonokong and Choirock Contents Factory in 2016. It is based on Sonokong's SofyRuby line of toys. It first aired on EBS on August 30, 2016.

One day, Ruby, a 13-year-old girl, met a little prince trapped inside a magic sketchbook. The sketchbook comes to life and explains to her that the prince's name is Spinel, and that he has been cursed. In order to break his curse and return back to normal, he must obtain the Good Deed Stamps and place them inside the sketchbook. Ruby agrees to help him, and is given the power to magically transform into a 19-year-old adult named Sofy, who can do various jobs.

The prince of the Mulguna kingdom. Because of his bad behavior, he was turned into a miniature version of himself by the wizard Syad, by order of the King and Queen. Now he must regain the Good Job Stamps to turn back to normal. Currently, he lives with Ruby in a miniature pod inside her bedroom. When Ruby transforms into Sofy, he regains his original form temporarily.

One of Ruby's friends, and a student at Yellow Moon School. She likes to draw and create things. When Ruby transforms into Sofy, she turns into a small fairy.

Another one of Ruby's friends and a student at Yellow Moon School. She likes to take selfies and collect glittering accessories. When Ruby transforms into Sofy, she turns into a small fairy.

A sentient sketchbook who gives Sofy and Spinel the missions they must complete.

The Princess of the Cubic Kingdom, who is mostly vain and arrogant. Before Spinel was cursed, Sharala and Spinel were the subjects of an arranged marriage. She is immune to magic, mostly When Ruby transforms into Sofy, she turns into a pink rabbit. This form is useful when dealing with tasks involving animals.

The main antagonist. A wizard who cursed Spinel because of his bad behavior.

One of Syed's servants.

Another one of Syed's servants.

A magic mirror long forgotten, until it was discovered and awakened by Syad.

The prince of the Herb Kingdom, who is also a singer. He first appeared on Episode 11. 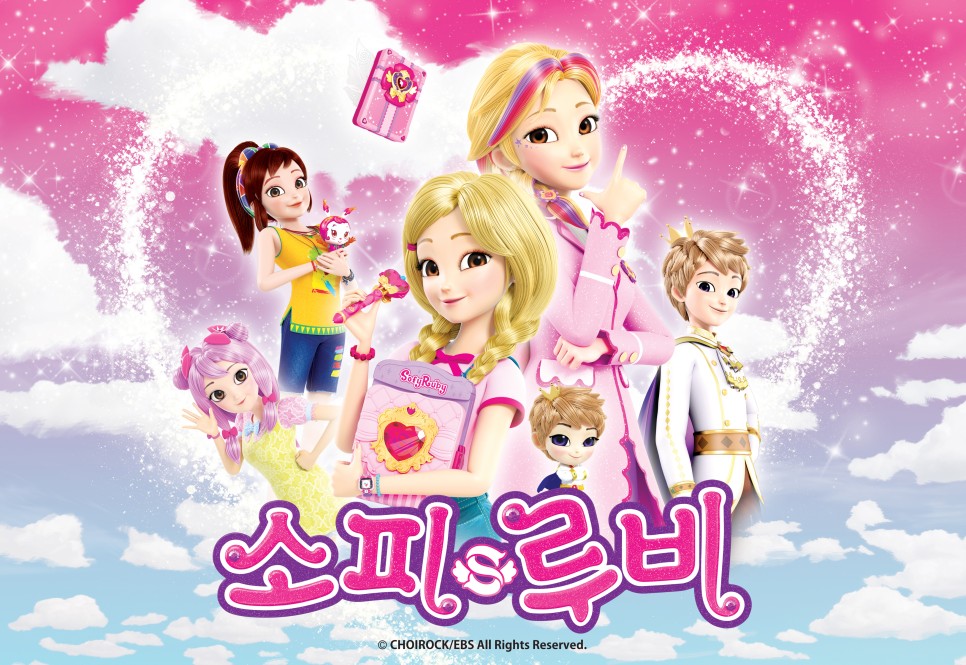