Rana is an original character of the magazine, "Vocalo-P ni Naritai", the voicebank was presented with the magazine on September 9, 2014. The image was designed by Shindo Kamichi.

RANA has three robots, they are Jasmine Kenkyuuin, Morio Shishou, and Sakiko. In V4, a robot named Kouhei was added.

Very characteristic loli voice, with something suspicious of a light bulb on his head. 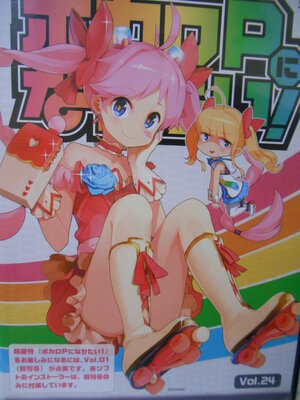 In the 24th issue of the bimonthly, Rana changed her hairstyle to the same as Anko Omori, and sang the Happy Birthday song to wish her a happy birthday.