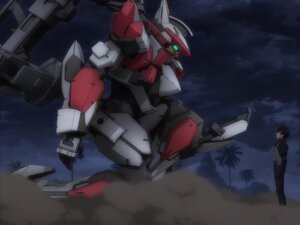 A mecha pilot is someone who pilots a mecha or a giant robot. It is one of the moe attributes in the ACG subculture.

The mecha pilot is the person driving the mecha.

Broadly speaking, anyone who pilots a manned robot can be counted as a mecha pilot, but the ACGN subculture's definition is more in line with a person who pilots a military robot, which is mostly seen in machine warfare works. Such robot drivers are often soldiers at the same time (equivalent to the armored version of the robot, that is, replacing tanks, chariots, etc. with manned robots). This item mainly refers to this category.

Since there is no actual combat-oriented military manned robot in real life, the robot driver currently is a fictional occupation or belongs to the 2D realm, and it appears in works with a strong atmosphere of science fiction and fantasy.

Depending on the specific settings of the work, among the manned robots, there are also various control systems for operating the robots. Common ones are:

Some robots themselves are living creatures, or have consciousness, or have high-intelligence AI. Fighting requires the cooperation of robots and pilots.

Characters who are mecha pilots

This list only uses classical characters associated with this moe attribute as examples.
If you wish to add another character with this attribute, please refer to this category: Category:mecha pilot.
Please do not add an excessive number of characters to this list.
Retrieved from "https://en.moegirl.org.cn/index.php?title=Mecha_pilot&oldid=28045"