Am RFB is a character from the SLG game Girls' Frontline developed by MicaTeam and distributed by Sunborn Network Technology Co., Ltd. and its derivatives. She joined the fray on December 8, 2018.

The RFB is the abbreviated form of Rifle, Forward ejection, Bullpup, a weapon designed by Kel-Tec CNC Industries Inc. headed by George Kellgren. Kellgren himself has experience in designing bullpup rifles with works like the Swedish Interdynamics MKR rifle designed in the 1980s. Kellgren later continued developing bullpup weapons including the SUB-16 (a compact semi-automatic bullpup rifle firing .223 Remington rounds, with a special ejector pushing empty casings to above the barrel) in the early 1990s. The SUB-16 is of a novel design, but the Assault Weapons Ban enacted in 1994 ended its commercial career.

Kel-Tec began developing another bullpup semi-automatic rifle using forward-ejection mechanisms in around 2003. It later introduced the SRT-8 chambered in 7.62×51mm, further divided into "Sniper", "Hunter" and "Combat" by different barrel lengths. The SRT-8 was repeatedly tested and improved, which fixed many reliability issues of the forward-ejection system (lowering malfunction rates to the very least), and was renamed RFB in November, 2006. The three prototypes were also renamed to less "offensive" ones such as "Target", "Sporter" and "Carbine".

Essentially the RFB is an FN FAL in bullpup layout with a modified case-ejection system which acts on a short-stroke gas piston located to the top of the barrel. The gas regulator is still in place forward of the gas can, and the weapon uses a tilting breechblock. The bolt carrier of the RFB however is inverted U-shaped in cross-section, and is longer than that of the FAL, extending forward to shroud the casing chute above the barrel. A dual extractor (whereas the FAL only has one) clutching to the rim of the casing pulls the casing as the bolt starts recoiling, and swings upwards as the casing clears the chamber. The casing then moves upward, in contact with the forward face of the bolt, guided by the arc-shaped part on the bolt. The casing is then made nose-high, parallel with the casing chute to the top of the barrel. Should there be extra cartridges left in the magazine (i.e. the bolt hold-open is not engaged), the bolt returns, pushing the top round into the chamber while at the same time pushing the empty casing into the casing chute. The dual extractors then swings downwards as the head of the casing enters the chute, clutching to the rim of the next cartridge. This mechanism is simpler than that of the FN F2000 due to the tilting-breechblock structure of the FAL. The F2000, on the other hand, uses a rotary barrel, which made the forward-ejection system somewhat more complex.

The firing mechanism of the RFB is also of novel design. It does not use a long connecting rod to link the traditional firing mechanism with the forward-put trigger, instead using an elbow-shaped connecting rod with assistance springs. While more complex in design, the trigger pull of the RFB does not feel too heavy as traditional firing mechanism-equipped bullpup rifles. The trigger pull of the RFB is also adjustable. The manual safety lever is above the barrel, operated by the thumb. The RFB so far has only a semi-automatic model (mainly directed to the civilian market), which is why it does not possess a selector. Another set of connector rods for the selector would be needed should such an element be incorporated into the design, so that the selector could be integrated into the manual safety

The RFB's integral polymer forearm, grip and firing mechanism as well as the stock is put together via four pins, while the barrel and gas mechanism is installed in the receiver. The weapon is simple in disassembly and accepts FAL magazines. The RFB does not have iron sights; a length of Picatinny rail is mounted above the barrel for mounting sights.

Contrary to the low-price low-end profile of Kel-Tec weapons, the expensive RFB possesses a high degree of reliability, and users are quoted to consider the weapon on par with HK products. 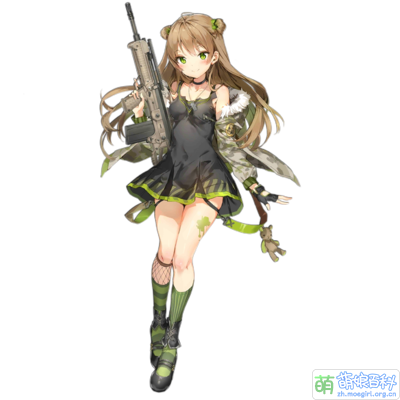 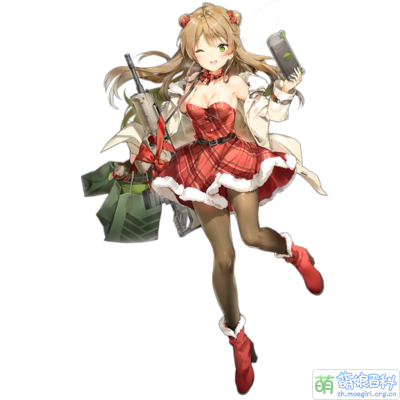 “
A high-level game nerd who even treats fights as if she's playing a game. The harder the game, the more excited she gets, leading her to have some masochistic tendencies as a result. She views KSG, who seems to be a better gamer, as her self-declared rival.
” 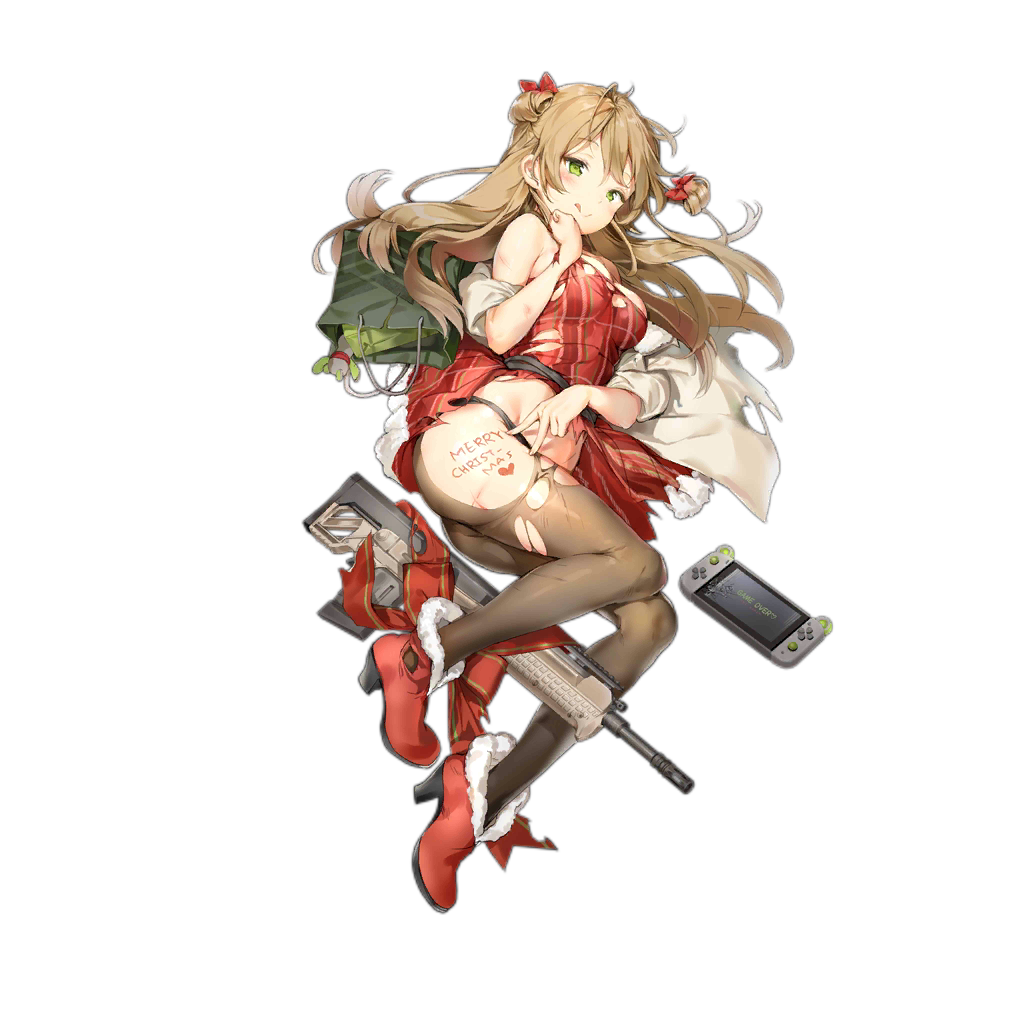