HK23 is a character from the Tactical SRPG ES game Girls' Frontline developed by MicaTeam and published by Digital Sky and its derivatives. She joined the struggle on November 23, 2017.

The HK23 is the 5.56mm-caliber variant of the HK21A1, originally developed to participate in the SAW project of the US military, but was not chosen. HK participated in the project again after the US army rejected the 6mm caliber, setting the caliber of the SAW at 5.56mm. HK introduced a modification kit to the US military that changes the caliber of the HK21A1 to 5.56mm in under a minute without dedicated tools. The caliber can also be switched back to 7.62mm if needed. This prototype is designated the XM262. However, it lost to the XM249 which won the SAW project. Due to that the German army did not accept the HK23 into service either, and with only a few units (such as KSK) procuring the weapon in small batches, the only model that is being constantly produced is the export variant, the HK23E.

The HK23 has the same layout and operating principle as the HK21, albeit with different dimensions of some parts. Due to the shorter range of the 5.56mm round and a short barrel, the iron sights of the HK23, albeit similar in appearance to that of the HK21, it can only be adjusted in a range of 100-400m. The HK23 feeds from a belt that is housed in a rectangular box under the weapon, but can also accept rifle magazines with the help of a magazine adapter. A magazine-fed variant, the HK13, exists. 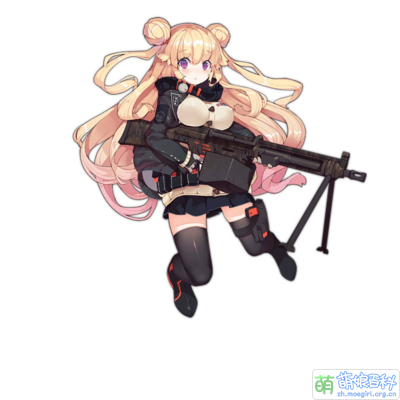 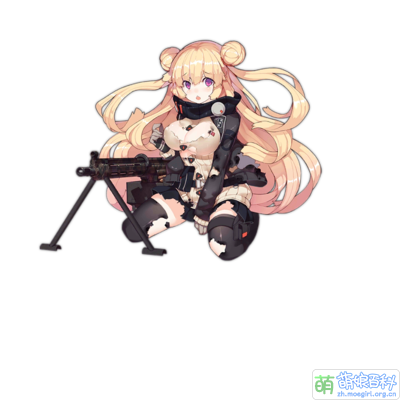 “
In Girls' Frontline, she's a timid, cautious T-doll sensitive to danger. Because she doesn't have a sense of safety, she likes staying in crowded places. But she also has a strong side! (在《少女前线》中，她是一名胆小谨慎，对危险十分敏感的战术少女，因为没有安全感，所以喜欢人多的地方。但是这样的她也有坚强的一面哦！)
”
——T-doll-pedia: 3-star MG "HK23" (战术人形百科：三星机枪“HK23”)[1]

Breasts of the G3 family

HK23 is the fifth member of the G3 family introduced into Girls' Frontline, and possesses the fiercest firepower and...... breasts among the entire family. However it is interesting that the breast size of the G3 T-doll family seems to be directly proportional to the caliber.
The smallest size goes to the under-developed girl MP5 (chambered in 9x19mm), and the second smallest to G41 (5.56x45mm), and next to the more mature semi-auto sniper rifle PSG-1 (7.62x51mm) and the big-sister G3 (7.62x51mm Full auto)
And HK23, as a belt-fed machine gun, reached the peak of firepower in the family small caliber? Just switch to the intermediate HK21A1 with that conversion kit.