Her full name is "Elphelt Valentine" (also transcribed as "Elpheldt" or "Elfelt". She likes to call , who's also part of "Valentine" as simply "Ram", and is, to some extent, her sister. Has a slight crush on the male protagonist of the series, Sol Badguy.

She's recruited by as her sister Ramlethal appeared, actually part of the "Valentine" secretly captured by the Illulian United Kingdom. As a "Valentine" who has no emotional elements, Elphelt has a loving nature, and likes to imagine scenarios such as love and marriage.

She had her restraints released by Ky, then former King of the Illulian Kingdom to battle her sister, Ramlethal who declared war to the entire world as a "Valentine". She once lost her own emotions when recalling the duty as a "Valentine", but regained them with the assistance of her companions. Originally intended to self-detonate with at her free will, but was stopped by her own sister as she suddenly had emotions. An extraordinarily nasty pair.

Stands with humans to protect the , and relocated it to prevent sabotage by .

As with the official description, she has a young and open heart. She often conflicts between the command from the "Mother" from "Valentine", to "not love anyone", while trying to fall in love on the other hand. 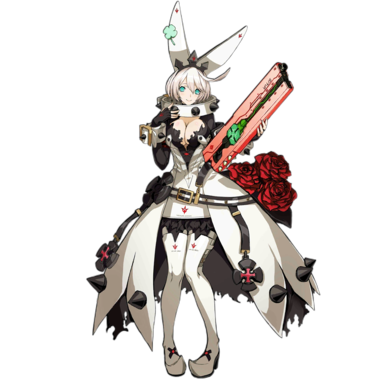 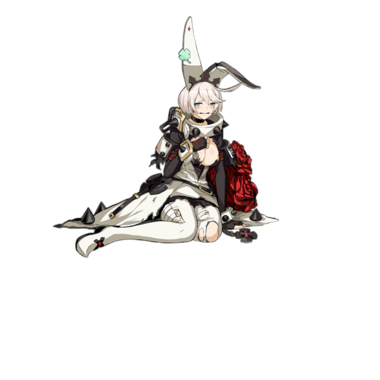 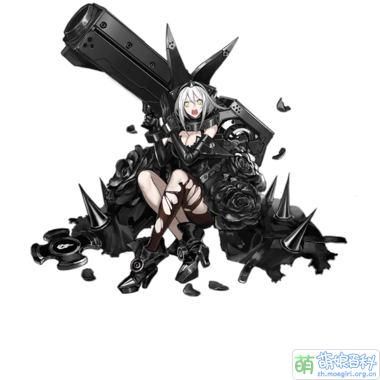 While players find that it gets changed to "Concluding dessert" when acquiring her.

As known to commanders who know GG well, Elphelt uses her red-haired white-dress outfit as the 1P character in GUILTY GEAR Xrd -SIGN- where she first made her appearance, while the 2P character used the white outfit as seen in Girls' Frontline. However, in the subsequent version of GGX, GUILTY GEAR Xrd REV 2, Elphelt's 2P outfit in the previous game was put in the 1P outfit's place.

The illustration and model used in the game is based on the Elphelt in GUILTY GEAR Xrd REV 2. Its logo was also used when the collaboration was revealed. It was also stated that Elphelt's 1P outfit in GUILTY GEAR Xrd -SIGN-, which was renamed to "Magnum Wedding" Yes indeed. will be introduced in the game on 19 June, 2017. Another outfit, named the "Doll Annihilator", which introduced Sangvis Ferri elements, was also revealed in a weibo post on 21 June, 2017, making Elphelt the first character in the game to have a Sangvis Ferri-style outfit. It is also mentioned that these two outfits will be put on the shop shelf (128 CNY for the "Doll Annihilator" and 60 CNY for the "Magnum Wedding").

The insignia found on her original outfit in-game is the "Valentine" insignia of Elphelt's. She possessed one similar to her sister Ramlethal, albeit with differences in detail in the original works.. The Sangvis Ferri logo is shown in "Doll Annihilator", while a string of English text can be found on her dress in her "Magnum Wedding" outfit, which is roughly recognized as "You could be mine". What she is holding in her hand in the damaged illustration of "Magnum Wedding" is in fact the marriage request form found when Elphelt wins in the original works.

The game also used the provoking gesture used by Elphelt in the original works. The chibi model shows that Elphelt, via a Sangvis Ferri dog, sent a batch of flowers to a Some players consider the victim (?) a girl with double ponytails, but there were no characters found in the game who possesses hair ornament with double ponytails, while the other collaborative character, Noel Vermillion suits the character found in the animation. Noel is introduced from the serial arcade game BLAZBLUE -CENTRALFICTION- 神の観る夢.

The coloring for all characters in GUILTY GEAR Xrd REV 2 is as diverse as 24 different combinations, making Elphelt no exception. No it's impossible here. Quit dreaming. 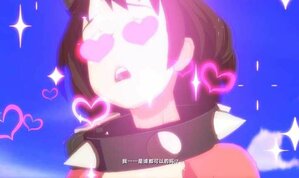 The line for the defeated when the two players both use Elphelt.[1]

It is made concrete that Elphelt Valentine, as part of "Valentine" herself, will not have any emotions, however she not only have emotions, but also, as dreamt by most girls of her age, meet, fall in love, and walk on the red carpet. But this part of emotions gets amplified infinitely, to the degree that she appears in love with everyone.

In GUILTY GEAR Xrd -SIGN-, Elphelt will take out her marriage request form which was stuck between her breasts when winning, and will talk about her ideal self non-stop, before making players press "SKIP" with no hesitation. If a female character is defeated, she will demand that the loser introduce someone for her to marry (smile). While in GUILTY GEAR Xrd REV 2, her ability, "" uses a bullet again stuck between her breasts to shoot directly into the opponent's heart, making him fall into love with her.

It is revealed via the voicelines that her wedding dress is in fact rented.

Elphelt's skill, named "Concluding Dessert" (which was originally ""), which includes drawing a rocket launcher from the back to fire at the opponents. While the other one, "", involves placing the opponent on a massive cake before slashing the entire cake with the opponent in halves from bottom to top.

Compared to "Judge Better Half", "Concluding Dessert" is a better choice in Girls' Frontline where firearms run all over. In her original outfit, Elphelt has two methods to exhibit her skill: One is the rocket attack mentioned above, while the other skill can be seen in her "Magnum Wedding" outfit. But in Episode 4 of Operation Rabbithunt, she is Often. mistaken for Architect after some players have seen her skill animation in her "Doll Annihilator" outfit, spawning a joke about that Elphelt is actually the apprentice of Architect.

How about we allocate this "Judge Better Half" thingy to Executioner? 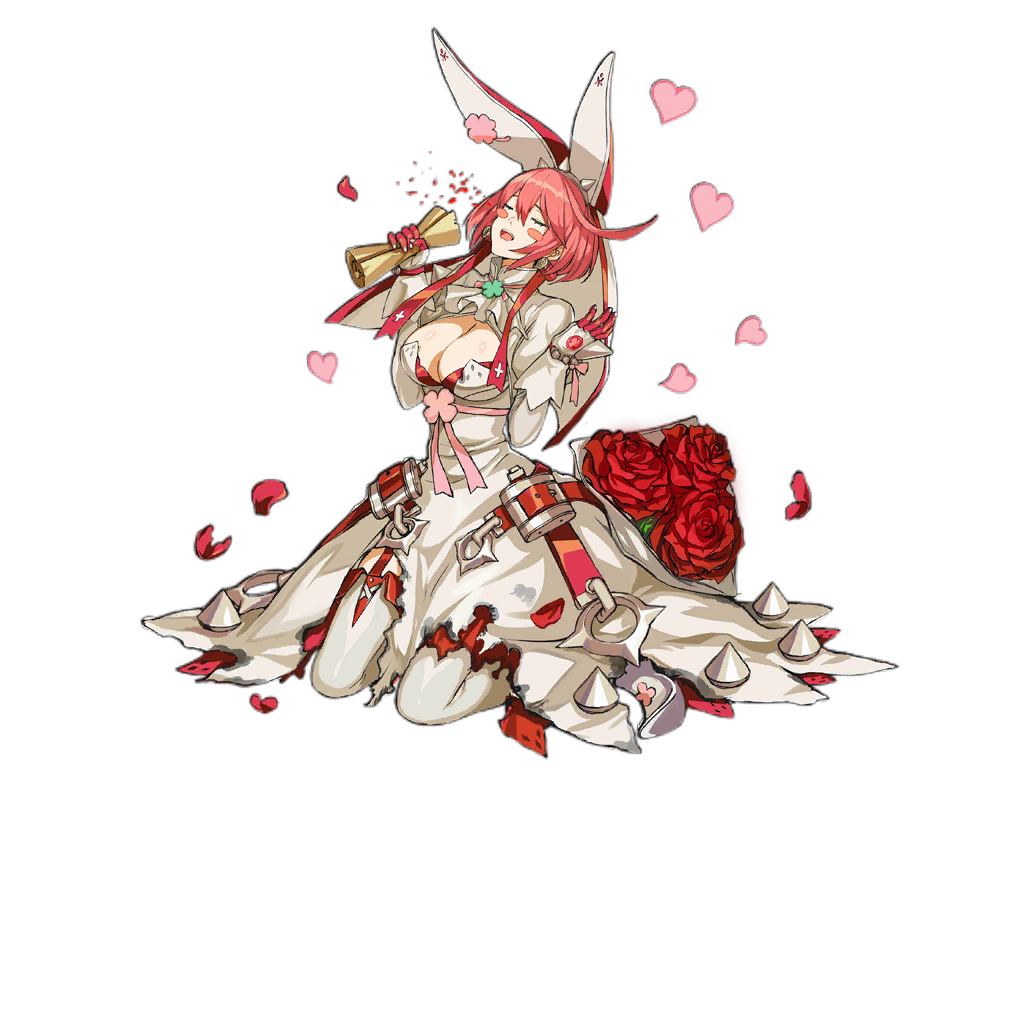