'SPP-1 is a character from the SLG game Girls' Frontline developed by MicaTeam and published by Sunborn Games and its derivatives.

The SPP-1 is a special-purpose four-barrel pistol designed by pistol expert Vladimir Simonov for use in covert underwater operations by Soviet frogmen.

To gain a bigger tactical advantage when combatting with hostile frogmen, the Navy of the former Soviet Union demanded that the Central Scientific-Research Institute for Precision Machine Engineering (often known in short as ) develop a dedicated underwater pistol, designated the SPP-1, where SPP is , or "Special Underwater Pistol", first fielded by combat frogmen of the Navy of the former USSR in 1971. The SPP-1M (M for modernized) is currently in service with the Russian Navy Special Forces, and is available for export via the state-controlled weapon exporter RosOboronExport.

The SPP-1 uses the dedicated SPS underwater ammunition, firing long, thin bolts. The SPS consists of a 40mm-long watertight casing with a low-carbon steel bolt 4.5mm in diameter and 115mm in length, weighing 12.8 grams. The entire cartridge measures 145mm long and weighs 17.5 grams. The tip of the bolt is flat and is fired from a smooth barrel, stabilizing itself in water via fluid dynamics. Due to how it is fired by gunpowder rather than compressed air, the effective range and penetration of the SPS is greater than spearguns formerly used by frogmen, capable of easily piercing insulating diving suits or 5mm-thick plastic masks before causing serious injury to the diver. However the bolt is unstable in air, which limited its range above-water, and should be fired only as a last resort. 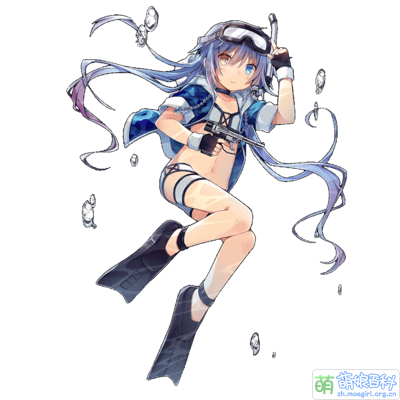 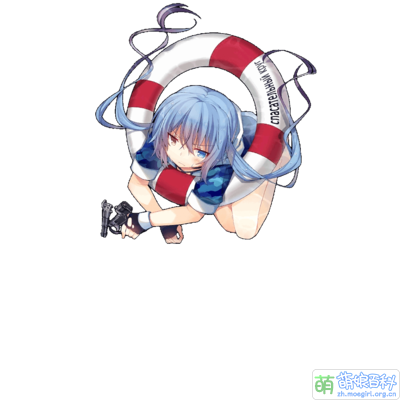 More serious and calm than her appearance and dislikes being treated as a child. Highly active in self-improvement, but often meets failure, showing an awkward side of her personality. (比外表更加严肃冷静，不喜欢被当做小孩子看待，对于自我改进方面十分上进，但经常遭遇失败，会露出别扭的一面。)

”
— From the official artbook The Art of Girls' Frontline