VM59 is a character from the SLG game Girls' Frontline developed by MicaTeam and distributed by Sunborn Network Technology Co., Ltd. and its derivatives. She is based on the Beretta BM 59 selective-fire rifle.

The Beretta BM 59 is an Italian selective-fire rifle based on the American M1 Garand.

As NATO formed following WWII, large batches of M1 Garand rifles entered Europe through military assistance from the US, with many arms firms growing rife via manufacturing Garand rifles under license, one of which was Beretta. The Italian Army decided to accept the M1 Garand as its standard-issue rifle, while Beretta acquired the license for constructing the weapon after the first batch of rifles had been delivered. The M1 Garand proved to be a reliable weapon in WWII. However, it was considered obsolete as NATO made preparations for accepting automatic rifles firing 7.62×51mm NATO cartridges, especially as the FN FAL and the G3 started appearing among NATO troops. The Italian Army, though having spent no more than 10 years with the Garand, decided to keep in pace with the change, replacing the M1 Garand with a weapon that would fire the very same 7.62×51mm NATO rounds.

To fulfill the needs of the Italian Army while at the same time not rendering the relatively-new Garands with less than 10 years in service entirely useless, and considering the relatively high costs for developing a brand-new weapon and lengthy training for the military should said weapon be introduced, designers at Beretta, led by Domenico Salza who introduced the Beretta M12 and improved the MAB38/49, designed the BM 59 after two years of development.

The BM 59 differs from the M1 Garand in the following details:

Beretta developed a three-purpose muzzle device (functioning as a recoil dampener, anti-muzzle-climb device and flash hider at the same time) to mitigate the strong recoil and high bullet spread in automatic fire. Firing trials conducted by NATO in the Netherlands, Norway and Denmark did indicate a lowered bullet spread in automatic fire. However, shooters were still advised to aim to the lower-right of the target in short bursts of 2 to 3 rounds to compensate for the weapon's tendency to fire to the upper-left due to the unguaranteed accuracy in long bursts, while firing in full-auto beyond 30-50 meters was impractical due to the large amount of recoil and muzzle climb (a problem shared by weapons such as the G3, FAL, M14 and the SIG 510). However, accuracy could be improved with proper training and the use of bipods.

The BM 59 was designated in 1959 (hence the 59), and was officially issued to the Italian Armed Forces in 1962, and saw service in militaries of Nigeria, Indonesia and Morocco. The semi-automatic variant of the BM 59 was also exported to the US and were sold to private collectors. The very first BM 59's were made from M1 Garand parts, which included the re-bored barrel.

The Italian military replaced the BM 59 with the more advanced AR70/90 in 1990, though some BM 59's are still in service within the Italian Army and the Navy. The Carabinieri auctioned over 15,000 BM 59's in June, 2015, which were then modified to semi-automatic-only for purchase by collectors or enthusiasts in the civilian market.

Though externally similar to the M14 rifle, the BM 59 bears no connection to the weapon except that the two are based on the M1 Garand. The magazine of the BM 59, however, is compatible with the M14.

The BM 59 comes in a number of variants:

Provided are the stats for the BM 59 ITAL. 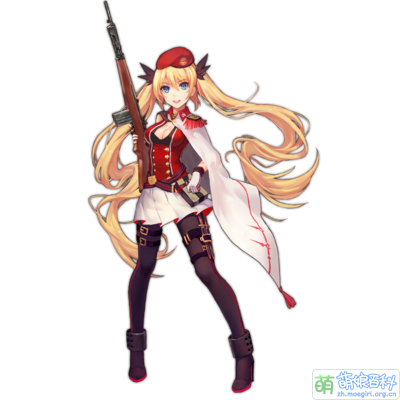