HK21 is a character from the Tactical SRPG ES game Girls' Frontline developed by MicaTeam and published by Digital Sky and its derivatives. She joined the struggle on February 8, 2018.

The HK21 General-Purpose Machine Gun (GPMG) is one model of a series of machine guns based on the G3. Its first improved model is the HK21A1, with various improved models appearing as time progressed, an example of which is the HK11, an impmroved HK21 with a 20-round magazine. It is designated as the Gewehr-8 (G-8) by the German Army, German Navy and the Bundespolizei. It also shares 48% of its parts with the G3.

The HK21 GPMG is belt-fed, but can also accept rifle magazines by attaching an adaptor should the need arise. It can be used as a light machinegun if fitted with a bipod, which can be mounted in front of the feeding mechanism or to the front of the barrel shroud. It can also be utilized as a heavy-machinegun with a tripod. Its design enabled quick caliber change by swapping the barrel, the bolt and the feeding mechanism to accept 5.56x45mm NATO ammunition.

The bolt of the HK21 cycles back and forth above the belt, mandating that the belt is to be placed with the link facing downards, pulling the charging handle to the rear, turning it to lock it in place, before placing the belt and allowing the charging handle to return, chambering a round. The HK21 GMPG uses standard iron sights, but is also compatible with anti-aircraft, telescopic or nightvision sights. 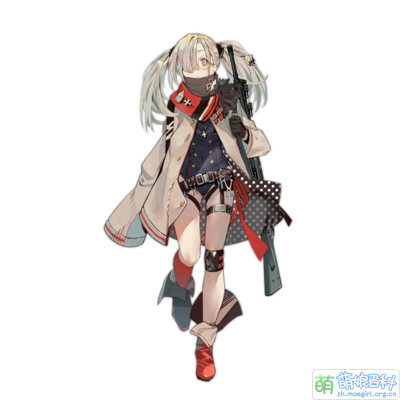 Deliberate tests regarding the fact that the "spray mode" of the ability is a direct contrary to Contender's fire concentration were made, and found out that HK21 will place her own behaviour higher on the list, .