PKP is a character from the tactical SRPG ES game Girls' Frontline and its derivatives developed by MicaTeam and published by Digital Sky. She joined the struggle on May 4, 2017.

The Pecheneg General Purpose Machine Gun (Russian: Печенег, sometimes rendered as Petcheneg) is an improved model based on the PKM GPMG, commonly shortened to simply PKP, developed by TsNIITochMash and went into service in small batches for live trial in Chechnya in 2003 or 2004. It received the GRAU index number of

The PKP is based on the PKM, with 80% of its parts compatible with the PKM. Compared with the PKM, the main improvement found on the PKP is the forced-air-cooled barrel, which cannot be swiftly replaced as those found on most modern GPMGs. The new barrel has vertical slits for cooling, and is shrouded by a metal shroud. The gas from the muzzle provides traction to the air inside the shroud when a round is fired, forcing it to move forward, thus cooling the barrel. It is said that the PKP can maintain a practical cyclic rate of around 1 000 RPM, or fire 600 rounds consecutively in 50 to 60-round long bursts, while not providing extra wear to the barrel. The average lifespan of the barrel is no less than 30 000 rounds.

Other differences between the PKP and the PKM lie in the carry handle and the bipod attached to the barrel. According to advertisements from its manufacturer, the accuracy of the PKP is 2.5 times better than the PKM when using bipods, or 1.5 times better when mounted on a tripod or a vehicle. The forced air-cooling mechanism also provides another advantage: there won't be a rising airflow above the barrel as found on the PKM, therefore avoiding hampering target acquisition.

However, there are disputes regarding the PKP, some view it as an important improvement in the PK family, while others possess skepticism on whether the fixed barrel can really improve sustainability of firepower. But there is one confirmed complaint about the PKP--the location of its bipod. Many consider that it is better for the bipod to be positioned closer to the receiver, so as to provide extra agility when relocating.

In 2012, the Zenit company of Russia, which manufactures optical instruments, started to provide the service of modifying the PKP into a bullpup layout, and the company has started to provide samples to some military units for trial.

In 2014, Russia introduced a spec-ops variant of the PKP, designated , which has passed state trials, which is given the GRAU index of 6P69. This model actually resembles the AEK-999 in that a suppressor is mounted on a barrel, and removed the metal shroud on the PKP, instead fitting it with a foldable one. 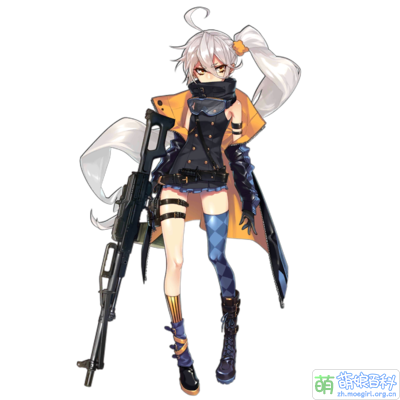 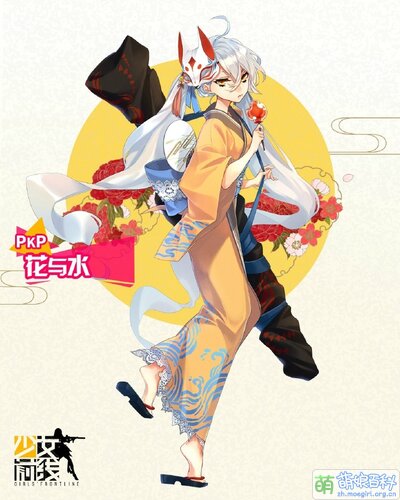 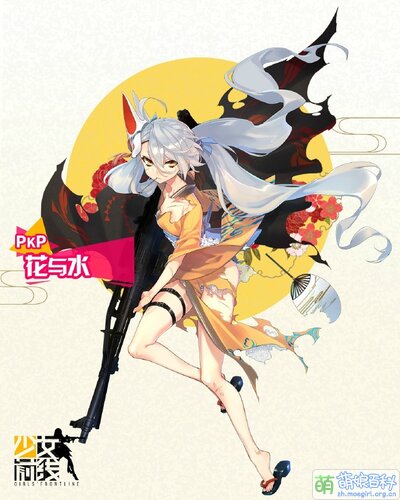 Secret Order of a Damsel
Normal 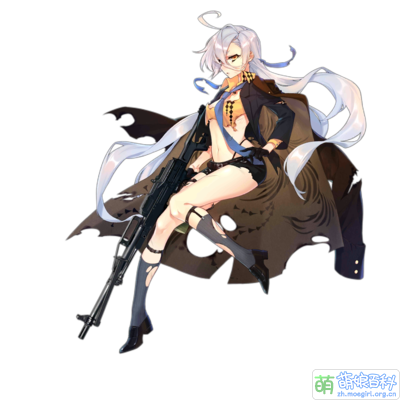 PKP has a 20% chance to fire a round that guarantees a critical hit every shot with a maxed-out ability.

This makes her roughly on par in terms of damage output with the widely used M2HB, PK, MG5.
But these MGs deals a set multiple of damage every time after 3 shots
While PKP has a set chance to fire an extra round that guarantees a critical hit.


100% or nothing, the hidden message is quite obvious.

The two have similar appearances (white, hair, single ponytail, combat goggles, yellow eyes, aggressive looks, loli), and in reality, the PKP and the AEK-999 were competitors under the same project. The PKP is the daughter of TsNIITochMash, which also has , among others, while the AEK-999 was an "orphan" from the KMZ (Kovrov Machine Factory).

The KMZ called it quit after it got slapped in the face by IZhMash (now Kalashnikov Concern, which unfortunately slapped KMZ in the face again in their A-545 project) and TsNII in its AEK-971 and 999 projects. Nowadays KMZ focuses on energy industries and technological industries.

Ever since KMZ shifted its focus, the PKP and the AEK-999 are now manufactured by the Degtaryov Machine Factory (instead of TsNIITochMash which dedicates itself to designing).

The two are both inspired by the PK, as if they were twins, but AEK-999 nearly became abandoned after losing to the PKP, but was again "adopted" by PKP's "family", which forms an intricate relationship between the two. What a mess.

Orphans appearing at the same time include the AEK-906 and the AEK-971.

And a spin-off picture found on Weibo reflects the current family life of PKP. 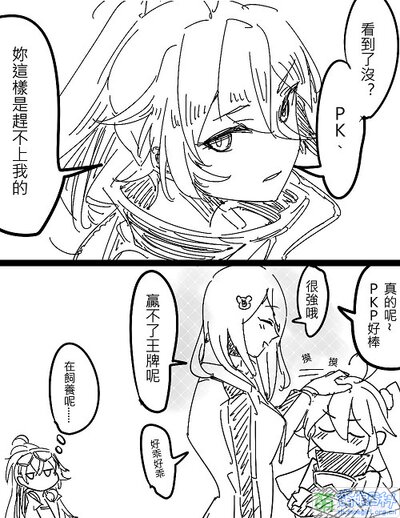 In addition to the interaction between PKP and PK, the nearby sarcastic AEK-999 nicely reveals PKP's pride and the relative loneliness of AEK-999 herself. As well as seeing that the kingpin is being fed.