Bren Ten is a character from the tactical SRPG ES game Girls' Frontline developed by MicaTeam and Published by Digital Sky and its derivatives. She joined the struggle on January 13, 2017

Usually, though inferior in terms of ammo capacity, revolver pistols due to their design can accomodate cartridges of larger calibers and larger charges and, therefore, higher power. Whereas semi-automatic pistols, though having a high rate of fire, reload speed and ammo capacity, they usually cannot accomodate large cartridges due to how the magazine is housed in the grip. Though monstrosities firing large-caliber cartridges, such as the Desert Eagle, exist, they are often plagued with the problem of having a grip too large for ordinary pistols.

Two Americans, Thomas Dornaus and Michael Dixon decided to design a new semi-automatic pistol firing revolver rounds on December 15, 1979. They considered that if the propellant capacity of the cartridge is increased, the power of the said cartridge would exceed that of the .45 ACP or the .357 Magnum. They hoped that this brand-new high-power semi-automatic pistol design could become a welcome classic much like the 1911.

The two consulted weapons expert Jeff Cooper on January 15, 1980, only to find out that Cooper himself had been working on similar research. The two parties reached a swift agreement that Dornaus and Dixon would handle construction, research, manufacturing and marketing, while Cooper would provide conceptual designs and technical consulting. The Dornaus & Dixon Enterprises Inc. was founded at the Huntington Beach in California on July 15, 1981.

They cooperated with ammunition manufacturer Norma, conducting capacity-enlarging experiments on a number of calibers such as the .40 GA. At the same time, they worked on improving the CZ-75, such as using a stainless steel construction, combat sights fit for fast aiming, among other improvements. Eventually they came up with a 10mm-caliber cartridge, the 10mm AUTO, and the corresponding pistol for this cartridge, the Bren Ten.

The Bren Ten was manufactured from 1983 to 1986. Due to how the weapon was built and assembled solely by hand, production rates were low, with a claimed production of less than 1500 units. The two designers were so obsessed with getting their production costs back that they started accepting orders in 1982 without conducting strict tests. The first customers of this pistol would be unable to purchase additional magazines for the next two years because of the Italian Customs' prohibition on the export of its war resources to the American civil market (and that the magazines were produced in Italy). The rest of the customers cancelled their orders, forcing Dornaus & Dixon to apply for bankruptcy in 1986.

The production and sales rights of the Bren Ten was later purchased by businessman Richard Voit, who formed Peregrine Falcon and Phoenix and hired Dornaus and Dixon to redevelop the Bren Ten among others who had been hired to maintain good quality control. However, Peregrine Falcon and Phoenix fell at the beginning of the 1990s due to economic reasons such as its loan scandal. The company hasn't produced any more new Bren Tens since then aside from some new prototypes.

The Bren Ten was revived when Arizona-based Vltor Weapon Systems announced that it would start to produce the pistol as well as modernize it on February 1, 2008. Furthermore, it also announced on June 27, 2009 that it had acquired the trademark for the Bren Ten.

The Bren Ten is basically a slightly enlarged version of the CZ-75 with caliber modifications, and therefore a derivative of the CZ-75. It works basically in the same way as the CZ-75 but with minor improvements. The weapon can be fired in single-action or double-action with automatic firing pin safety. The thumb-operated safety lever has a decocking function, with ambidextrous safeties available for a select few models. The Bren Ten also incorporates all-adjustable three-point sights. The entire weapon is made from stainless steel, with partial bluing or chromium plating on the surface.

The Bren Ten is the first pistol to chamber in 10mm AUTO, but conversion kits to .45 ACP or .22 LR are available. The number of members of the Bren Ten family, because of the varying calibers and sizes, amount to tens. The variants are mainly the:

Bren Ten Standard Model (SM) Standard model Bren Ten Military/Police (MP) Model for use by law-enforcement and military units, usually has a blued surface Bren Ten Dual-Master Presentation Model Every unit of this model comes with both the 10mm Auto and the .45 ACP-chambering parts. Bren Ten Initial Issue/Jeff Cooper Commemorative Model of dedication with the engraving "Jeff Cooper", sold for up to $2,000 in 1984. Bren Ten Marksman Special Match Match model chambered in .45 ACP, a total of 250 units have been produced. Bren Ten API Model dedicated to the American Pistol Institute (API). Compact Model A compact model, also known as the Bren Ten Special Forces Model, first presented at the SHOT Show in 1984 with a short barrel and slide mounted on a full-length base. Two subvariants exist, one being the Light subvariant with a chromium plated slide; the other being the Dark subvariant which is blued. Pocket Model A subcompact model smaller than both the Standard and the Compact model, but only two prototypes are claimed to have been produced.

Aside from the 10mm AUTO and the .45 ACP caliber, there is also a conversion kit for .22 LR. Different magazines are used for different calibers. The 10mm Auto magazine houses 11 rounds with the Pocket model housing 8, the .45 magazine housing 10, and the .22 LR one housing 13. However, there are also extended magazines with a capacity anywhere from 14 to 20 rounds. All full-size Bren Tens' magazines can accept 10mm Auto and .45 ACP rounds.

The Bren Ten as a weapon is under much debate, with many enthusiasts deeming it as one of the best pistols of the era, and the 10mm Auto as the most powerful semi-automatic cartridge then. But due to poor quality control and low production numbers, the pistol, be it lost or damaged, can hardly find new magazines or accessories, with a single magazine costing $100 upwards.

Some firearm enthusiasts also consider the Italian Tanfoglio T95 and the TZ-75 Force to be the offspring of the 10mm Auto-chambering Bren Ten.

Aside from Bren Ten
The CZ-75 is also widely replicated with some of the most prominent models being:
The Italian Tanfoglio series
The Israeli IMI Jericho 941 (market as the Baby Eagle in the US market until 2008 despite having no connection with the Desert Eagle)
The Swiss ITM AT-84
The Swiss Sphinx series
The Turkish Kılınç 2000
The American Springfield P9 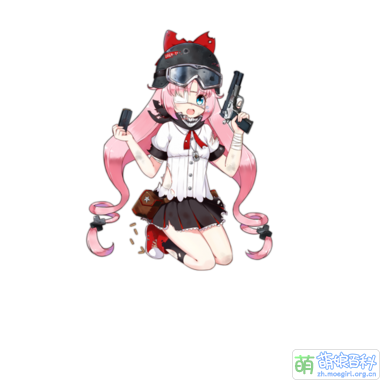 “
How long can out capital cast? How about more logistic support? (我们的资金还能撑多久呢？要不要再多搞点后勤呢？)
”
——Bren ten adjutant voiceline

It can be found out (provided that the commander is careful enough) that Bren Ten repeatedly mentioned bankruptcy-related terms in her voicelines, which are also seen in her index description:

“
Bren Ten, the most powerful weapon with both the power of a revolver and a semi-automatic rate of fire. Also fitted with the 10mm pistol rounds specifically developed for me. But my luck isn't that good, with companies who take over always going bankrupt..... (Bren Ten，那可是兼具左轮的火力和半自动的射速的最强武器哦。还配备了专门为我研发的10mm手枪弹呢。不过我的运气是不太好啦，接手的公司老是破产……)
”
——Bren ten index description 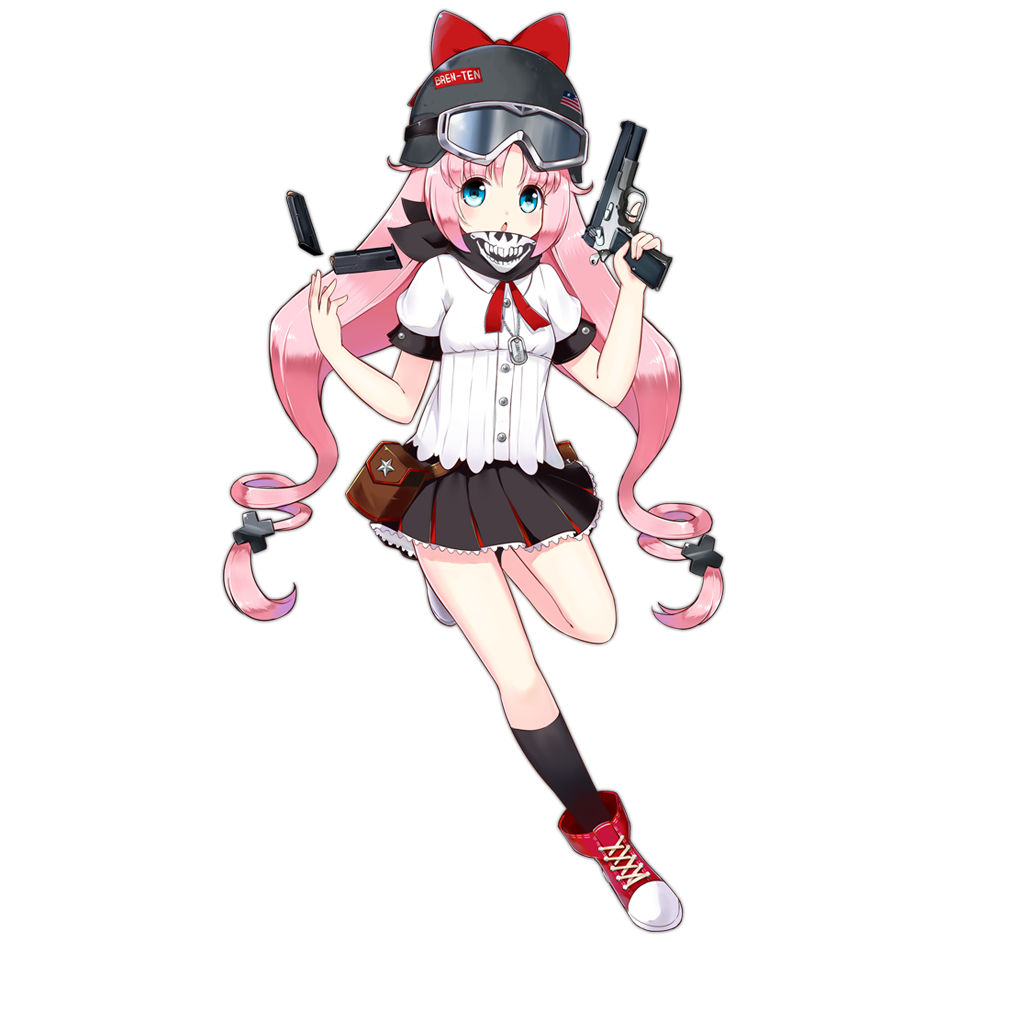