OTs-44 is a character from the tactical SRPG ES game Girls' Frontline and its derivatives developed by MicaTeam and published by Digital Sky. She joined the struggle in 2017.01.25.

The sniper rifle (Russian: ОЦ-44) is a large-caliber sniper rifle employed in anti-personnel roles, designed by Central Design and Research Bureau of Sporting and Hunting Arms (also known simply as ), a branch of the KBP Design Bureau. The rifle has a bullpup layout and is chambered manually. It's highlight lies in its integral suppressor. According to revealed data, it has a magazine that houses 8 rounds, but it cannot be seen from the released sample pictures.

Due to the large recoil when firing the 12.7×108mm rounds, the buttstock of the rifle is fitted with a spring damper, which, coupled with the ventilation ports found on the barrel, reduced the recoil to human-bearable levels. But due to its relatively short barrel, low muzzle velocity and low accuracy, its effective range is relatively short. However, its primary targets are not long-range targets for sniping, but rather lightly-armored units that the 7.62mm-caliber SVD cannot pose a threat to. It is reported that the KBP Design Bureau has applied to conduct research on an improved, 14.5mm-caliber model, but yielded no fruit as this 12.7mm-caliber model didn't progress past the sample stage.

Due to the inherent noise problems induced by the 12.7×108mm cartridges, TsKIB SOO incorporated a suppressor into the weapon, to lower the noise level to that of the SVD.

The OTs-44 can use the standard 12.7×108mm cartridges, but due to its low muzzle velocity, long-range ballistic performance will be unpredictable for a standard cartridge. Also, due to that it is not feasible to completely suppress the firing of a 12.7mm cartridge, even when not taking ballistic performance into account, the suppressor will only suffice to reduce the noise level to that of an SVD, to form the illusion that it is an SVD that fired. M21:Talking about silencer I'm the senior one who fought Viet Cong with 16. 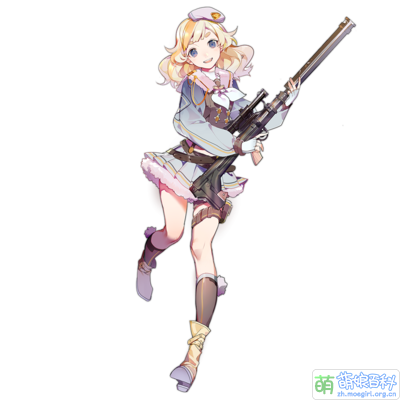 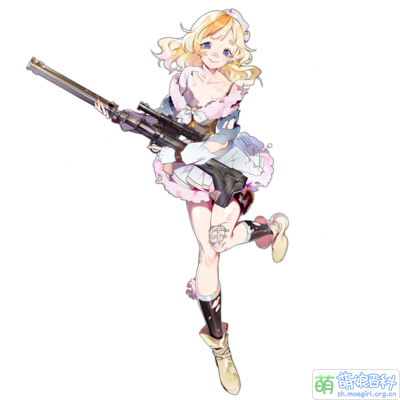 Outfits
Reindeer in the Forest
Normal 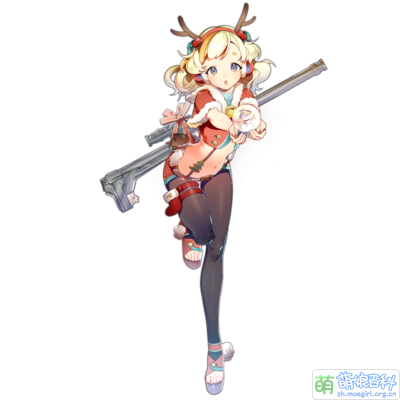 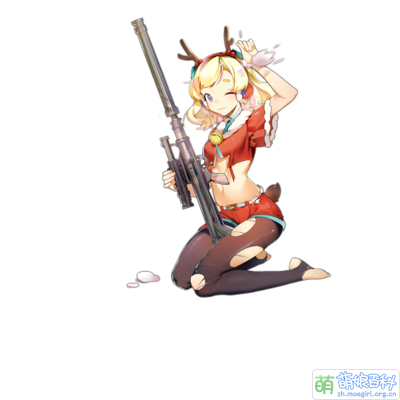 No matter in terms of outline, length, layout or the recoil-damping stock, the rifle closely resembles the VKS "Ventilator" sniper rifle developed by TsKIB. But the VKS uses the subsonic 12.7x55mm cartridge. But this cartridge does not come with an API variant necessary for anti-materiel operations, and was later developed for use in the ASh-12.7.

But it is no surprise that there lie errors in the specifications of an experimental model. You tell me that this stick weighs 14 kilograms and can fit the overtly visible 12.7x108mm magazine? Suppressed? Perhaps she did evolve into the VKS.

Still, leaving the AK family alone while working so hard on the OTs series.... Mica must have some dirty deals with the KBP.

The official microblog released info that the new skin for OTs-44, "Reindeer in the Forest", would come live soon, posted on December 6, 2017. And subsequently players found a minor mistake found in the illustration, and commented on this with a picture.[1] The official microblog also replied that "The illustrator is working on fixing the problem. Thanks for pointing out."

In addition, the illustrator herself forwarded the post, commenting:"Sharpeyed, I didn't find it myself." And fixed the problem swiftly.