Springfield is a character from the tactical SRPG ES game Girls' Frontline and its derivatives developed by MicaTeam and published by Digital Sky.

Spanish soldiers wielded Mauser rifles during the Spanish-American War in 1898, which prompted the US to start working on a Mauser-type rifle after the war.

The M1903 rifle was developed by Springfield Armory, and was produced under license from Mauser. The rotary bolt takes its design from that found on Mauser 98 rifles, and the rifle can be considered a variant of the Mauser rifle. The M1903 rifle has a shorter profile overall, with a barrel shortened to 610mm and a downwards-bent bolt handle.

The rifle is fed by a 5-round fixed magazine, and is reloaded via a 5-round stripper clip. Rounds can also be put into the magazine directly. The M1903 originally fired .30-03 rounds before switching to the matching M1906 (or the .30-06) rounds in 1906. The .30-06 round is an improvement over the Mauser rimless round, and became the standard rifle round of the US military throughout the 50 years that followed.

The M1903 rifle had high quality, and proved to be reliable in terms of both accuracy and reliability under harsh conditions. Early rifles were also fitted with a rod-type bayonet, however they are prone to damage under medium-force impact. Later rifles were fitted with an improved knife-type bayonet.

There were attempts to improve the Krag–Jørgensen rifle with high-velocity rounds, but were not successful due to its inability to raise chamber pressure.

The Springfield Armory started to design a new rifle in the following year. Though the US military evaluated the Mauser rifle in the 1890s, they still chose the German-influenced Krag–Jørgensen rifle. Later, rifles including the Mauser 93 received improvements, with greater muzzle velocities compared to previous models.

Combining the specialties of Mauser and Krag rifles, Springfield developed their prototype 1901 rifle, and believed that they had reached their goal, prompting the Armory to manufacture new moulds and arrange new assembly lines.

To their disappointment, the number of M1901s was on a constant decline in the military, with the Armory receiving new mandates from the militaries and including them in the improvement program for the M1901.

Springfield introduced the M1903 in 1903, and it was accepted into service. Though a combination of the advantages of numerous rifles, it is still close to a Mauser rifle, forcing the US government to pay licensing fee to Mauser.

M1903A2 1930s Modified from A1 models for use by civilians and artillery troops.

Variants include the M1903Mk1, M1903A1 through M1903A4 and M1942, forming the M1903-family rifles. The total amount manufactured is approximately 2.6 million, though lower than the M1 Garand semi-automatic rifle (which is 4 million), the number remains formidable.

The M1903 was employed in WWI against Germany. Different from WWII which relied on firepower, the US military in WWI emphasized on accurate shooting and melee combat, which suited the M1903. The US military experienced harsh shooting trainings in their country, which proved to be worthy in the war. It was said that soldiers in a US front-line outpost was attacked by a regiment, but they repelled the attack by sniping from 700 to 800 meters away, breaking the morale and formation of the German troops.

The standard-issue weapon of the US military in WWII was the M1 Garand, but the capacity of the Armory could only satisfy the US Army who placed its order first, therefore the Marines still relied on their M1903s to fight against the Japanese military. Compared to the M1, M1903's low rate of fire turned out to be problematic: One with an M1 Garand could take out 4 targets while the M1903 re-chambers for another round. Despite this, the M1903 was considered to be more accurate than the M1. The Japanese military took heavy casualties from American M1903-wielding snipers.

The M1903 was rare to see in the Western front, but this did not hamper her to be used to her advantage. Some army commanders consider that a sniper armed with an M1903A4 performs no worse than a direct-fire cannon! Though few in numbers in the Western front, with even fewer captured by the German military, she received the designation Gewehr 249(a) for her excellent performance in the German military for issue to second-line troops. 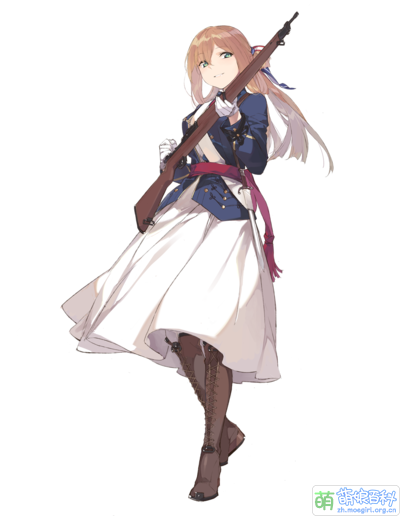 Blessing of the Holy Night
Normal 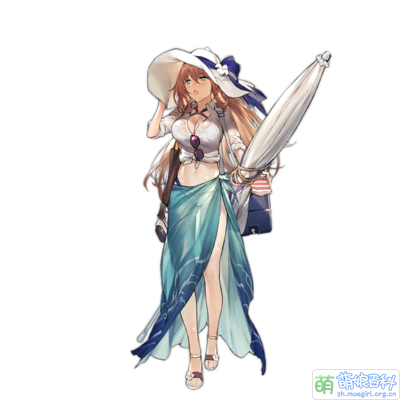 Mature and calm, wide-hearted to her companions. However, her seemingly defenseless nature proves to be flawless no matter in peacetime or in combat.

Her distinct dress is a modified US Army uniform during the American Civil War, which is now the prom dress for West Point students.

Of course, this calm, friendly miss is not that people's teacher next door Minagawa Akane.

Many possibly consider that Springfield sounds Japanese(), but she is not.

Springfield M1903 was developed by Springfield (which directly translates into Chinese as "春田"), and was produced under license from Mauser (due to her close look to a Mauser rifle).

So if taken seriously, she perhaps has German blood running in her veins, and does not have any ties with Japan.

Adjutant voicelines is virtually entirely food-centered. Breakfast, tea and main course one after another. She even carefully wipes the mouth of her commander after that.

Feels as if she was preparing from the morning all the way towards the evening. Springfield's breakfast with love!

It was reported that a considerable number of commanders had got wasted under this and just lie in the command center all day.

Due to her personality and her specialty in cooking , she is nicknamed "Madam".

Of course, aside from that, she was given ample performances (though not in terms of plot = =)

1.First as the Valentine's day present to commanders during the 3rd Internal Test phase in 2015

2.As the first top-up reward in Public Test

3.One of the earliest who had CVs during the Public Test Phase. Appeared in the trailer for Operation Cube in 2016 before the CV system was live.

4.Appeared as the only 4-star in the login background when the oath system went live, and in the CENTER position.

5.As one of the three who had their exclusive equipment when the exclusive-equipment system went live (with the other two being AR-15 and M1918).

Though 4-star in rarity, her firepower appears to be inferior to a number of 3-star RFs , let alone the African goddess of war M14. But when matched with her exclusive equipment, she could soar to the level of a high-tier RF in terms of Damage Per Second.

Her DPS is only marginally lower than WA2000 with a full-stat exclusive equipment, reaching an even higher level. That is, excluding skills.

6.Appeared (still in the CENTER position) in the Halloween theme.

7.And her creator intermittently releases the picture of her daughter.

8.The 4-star T-doll with the most outfits (Also, by 2017.10.15, WA2000 owns the most outfits, with a total of 4: Halloween, Christmas, Anniversary and swimsuit themes.), respectively the swimsuit Summerfield, prom dress Fallfield, and the Christmas Winterfield theme.

9.Also all the login backgrounds and Christmas outfits, etc.

It's Grifon Headquarters' love towards Springfield behind this high amount of exposition... Hmm... How to put it? Headquarters have already decided that you are to be the spouse of the commander.

Her creator revealed when discussing the styling of Springfield's hair that:

It's not her legs under her dress, but riding breeches.

But this is not the reason for you commanders to peek under her dress!!!

File:Breeches.jpg
Artist:休嫁一慧子[3]
Commander: “Oh! So that's how breeches look!”
Springfield:“Umm...Commander... This can be considered sexual harassment....”

In fact there was nothing whatsoever given about Springfield's trickery from her creator and the officials.

If there's really a scent of it, it's probably because of the angle and style of the illustration. A chill goes down some commanders' spines if her illustration is examined carefully. Ah, something's awakening from that gaze as if looking at trash... Madam, please step me under your feet.

Plus that Springfield joined the game in the 1st Public Test Phase, where there was no such thing as voicelines. Even after the CV system went live, commanders who just got in contact with her have nevertheless reported that her laughter sounds a bit spooky...2333

But back to her trickery.

2. Followed by her mother 多元菌 assisting in illustrations, in G&K Telegraph Bureau'sGirls' Frontline series--Springfield's Apple Pie, which, while not including any description about Springfield's trickery, Springfield was shown to have mastered the means to trick her commander.

3. Springfield and WA2000 form the widely-welcome lily-couple, in which WA2000 plays her tsundere role . In this sense, Springfield, in her interactions with WA2000, naturally becomes the trick-player.

But how to trick a tsundere? Leave it to natural airheads, or to a trick-player for better results.

Also, Springfield was described as "seemingly defenseless nature proves to be flawless no matter in peacetime or in combat". Considering this to be mature seems normal, and one characteristic of being mature is being subtle, and being subtle means to excel in tricking.

So, for fun reasons, many dojin works prefer to describe Springfield as being a tricky person. While in the case of the commanders, as long as it's interesting it's ok.... Of course, basically WA2000 and the commander fall victim to her.

4. And the last and the most important aspect is that Springfield, as one of the most important sources of core suppliers, is dismantled on a large scale, which, naturally, makes her mind a bit twisted. Of course, the commander is to blame. (╯‵□′)╯︵┻━┻