Super SASS is a character from the SLG game Girls' Frontline developed by MicaTeam and published by Sunborn Games and its derivatives.

The AR-10 Super SASS, in short Super SASS, is a modernized precision rifle using direct-impingement based on the AR-10 developed by Eugene Stoner, manufactured by Armalite.

The basic Armalite AR-10 was an all-aluminium rifle using a proprietary gas operation, originally planned to replace the M1 Garand, but failed. Stoner later developed the AR-15 on the basis of the AR-10, which would eventually become the M16.

Derivatives and modifications of the AR-10 chambered in either .308 or 7.62x51mm are still marketed as sniper/battle rifles or sporting rifles. Among them is the Super SASS recently introduced by Armalite as a precision variant of the AR-10. It currently serves in small numbers in the Romanian Special Forces as a sniper rifle.[3]. 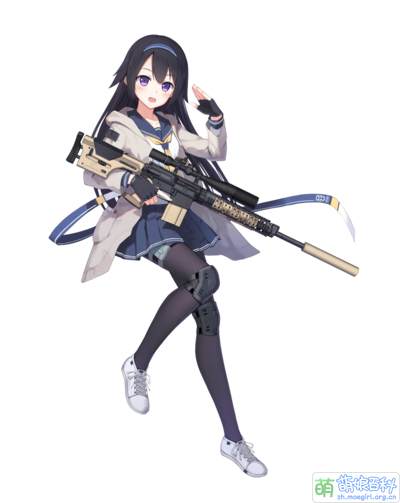