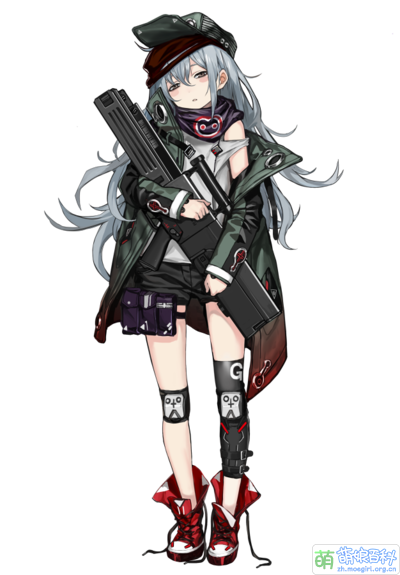 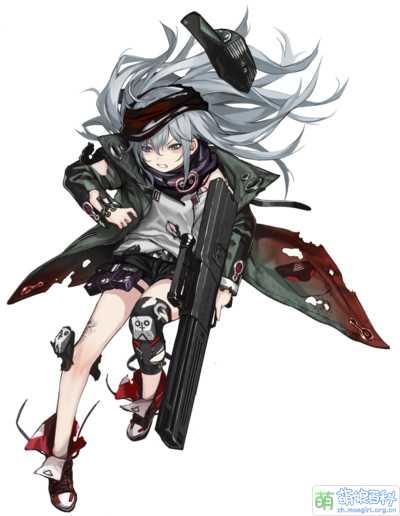 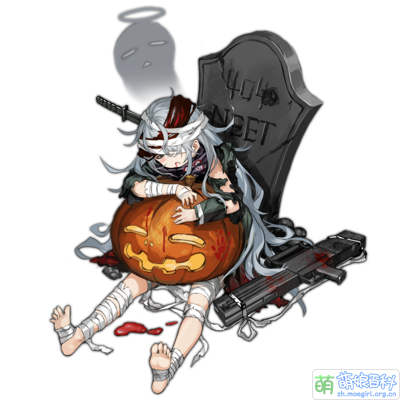 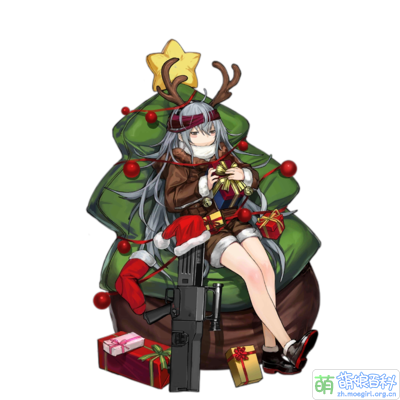 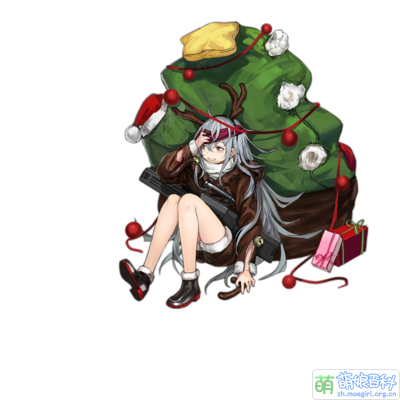 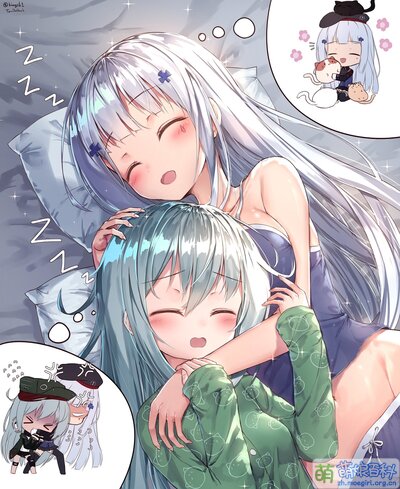 Throughout the entire Operation Cube G11 and HK416 seemed to be in a scuffle, and HK416 became the means of transportation to G11 (incl. carrying and holding). When encountering an explosion, HK416 pushed G11 to the ground and covered her from the explosion

It can be inferred from Episode 1-3N that the duo works together for most of the time, and G11 seems to take joy from playing pranks on HK416 (such as that password).

When fighting the enhanced Executioner in Operation Cube, due to Executioner being too aggressive she was frightened, and UMP9 shouted to 416: "G11's freaked out by Executioner! 416! Carry her away a bit further!", 416:"Keep it on and G11's digi-mind would....". From these it can be seen that G11's digi-mind appears to be relatively weak, and perhaps has taken damage previously, which may have contributed to her sleepiness and bad self-regulation.

As stated above, the digi-mind of G11 appears to be very weak, and this setting possibly takes inspiration of the G11's reliability, which was criticized by some.

The "Assaulter's eye" of the G11, due to a bug, once appeared on M4 in test servers, which surprised test players, calling the AR squad as "invincible", as it makes up for the squad's mediocre stats and their echelon formation. However, the developers soon fixed the issues, clarifying that it was solely a bug, and no changes were to be made on the ability of M4.

In Operation Deepdive, Squad 404 trekked into Zone S15 (a contaminated zone), and mentioned topics related to zombies. G11 revealed that she had been a fan of The Flying Dead for a total of 26 seasons, before the series abruptly ended with the outbreak of WWIII. G11 also revealed that Biohazard-punk had been her favourite, and was looking forward to "the Bridging German Suplex in Episode 9 and the Seabed Zombie King who was injected with the virus plus three liters of tyrannosaurus fetus. Before being commented on by 416: "Because the only difference between this shmuck and zombies is that she sometimes speaks human language.

After being warned by 45 of the severity of the situation, G11 went serious and expressed her reliable side.

Still in Operation Deepdive, when Destroyer Elite was showing off in front of Squad 404, G11 sarcastically noted that Destroyer had only grown old for some years with more fat and longer bones, with her intelligence still in a decline. (Well that's one of the 404 indeed. xD)