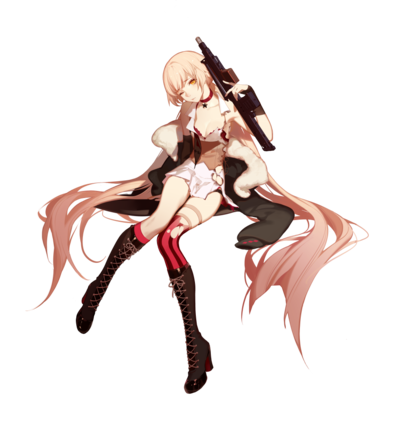 Appeared as the sentry for SPP-1 doing reconnaissance in Zone S06, but got separated for some reasons. Mocked Weaver in 1-4E.

She became temporarily unobtainable after the event ended, but soon found herself useful as a counter-showoff weapon.Before losing this ability with the return of Operation Cube+ in Spring 2017, stimulating another wave of showing-off and counter-showing-off.